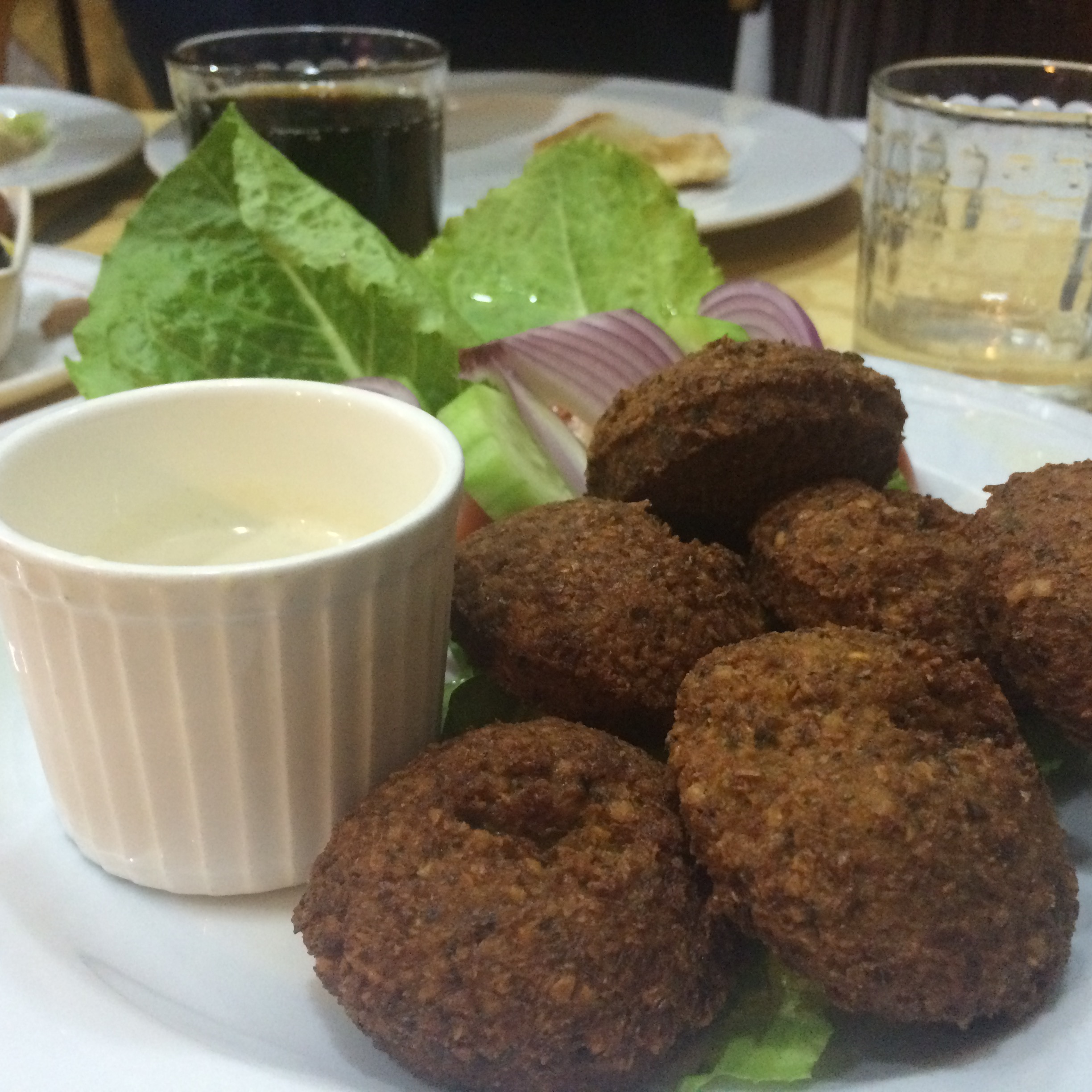 We discovered the Restaurant Alibaba on our first walk about in Tangier. We were staying at the 4* Atlas les Almohades on the Avenue Mohammed VI and had walked along the front to the port and medina on arrival. Alibaba stood out from the other establishments in that area, it was the fabulous aroma wafting out from the restaurant that first drew our attention and we decided to eat there later that evening. The menu was split into a choice of Lebanese and Moroccan dishes, we ordered falafal and hummus to start, followed by a mixed meat grill and poussin tangine for our main course. The waiter brought a huge basket of bread which instantly transported us back to France, it was so crusty and light. My falafel was stunning and a good sized portion, the outside was golden and crisp, the interior was bursting with flavour, lots of corriander which was delicious with the light yoghurt mint sauce and fresh salad accompaniments. Mike’s hummus was delivered with a stack of Lebanese flat breads for scooping up the creamy smooth paste, which he thoroughly enjoyed. In no time at all our main course was delivered, I was very happy with my choice, the poussin tangine was superb! The chicken was delivered sizzling to the table in a black cast iron skillet, on top were slices of preserved lemon and around the sides a selection of olives. The flavour of the chicken quarter was intense, with an onion and cumin paste on top of the meat and the sweetness of plump raisins in the sauce. I ignored the dish of pommes frites and bread as I gave my attention to the poussin, which was predominantly white meat and just fell off the bone. Mike’s mixed meat grill included skewers loaded with cubes of lamb and chicken plus a spicy minced lamb which had been char grilled. This was accompanied with more flat bread and hummus.

We were that full, we skipped the dessert menu and ordered mint tea to finish our evening meal. The bill including our drinks of fizzy water and coke was 296dh.