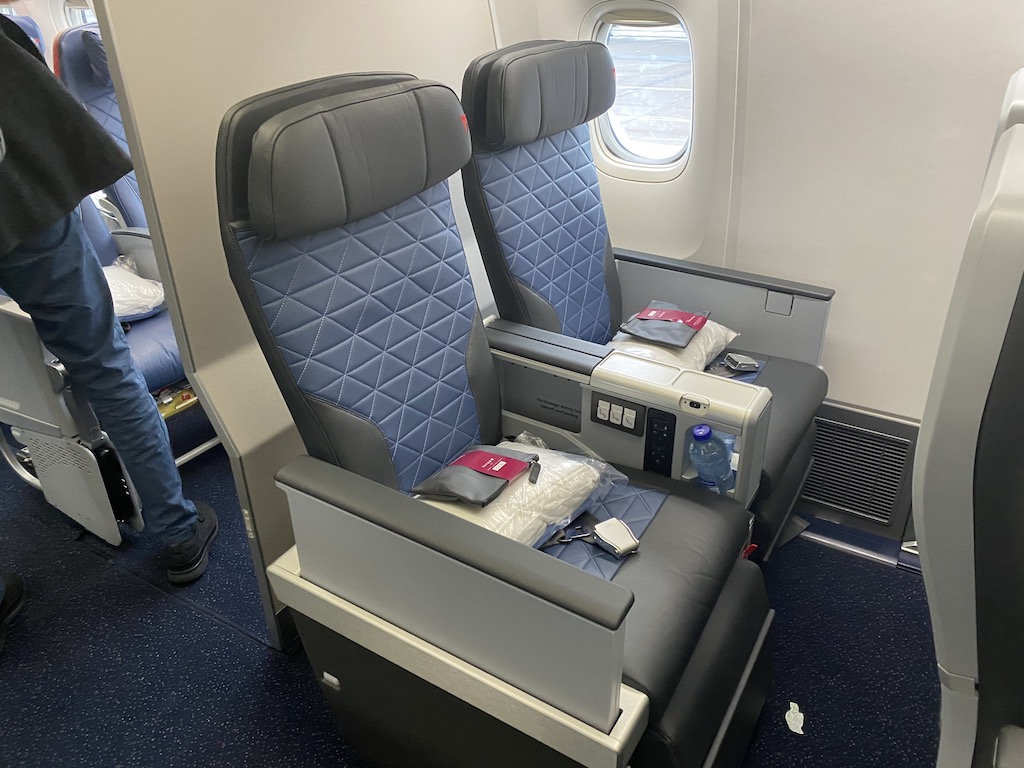 We recently flew to Miami (Via JFK in New York,) with Delta, as part of a code share flight booked through Virgin Atlantic. The question everyone asks is: “Is Delta Airlines premium economy worth the extra money?” In this case, we think it is, but read on for the detail.

Delta fly from Heathrow T3, which is pretty much a Virgin / Delta terminal – very swish and modern, and with loads of red uniformed Virgin staff on hand to guide you as you walk through the doors. 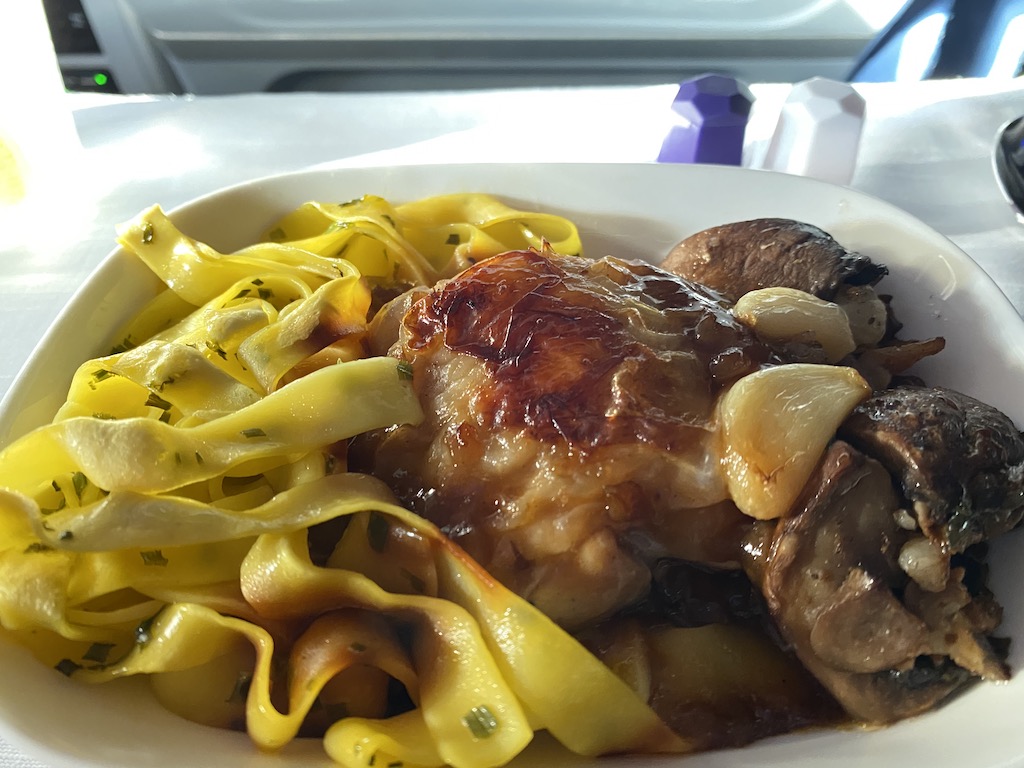 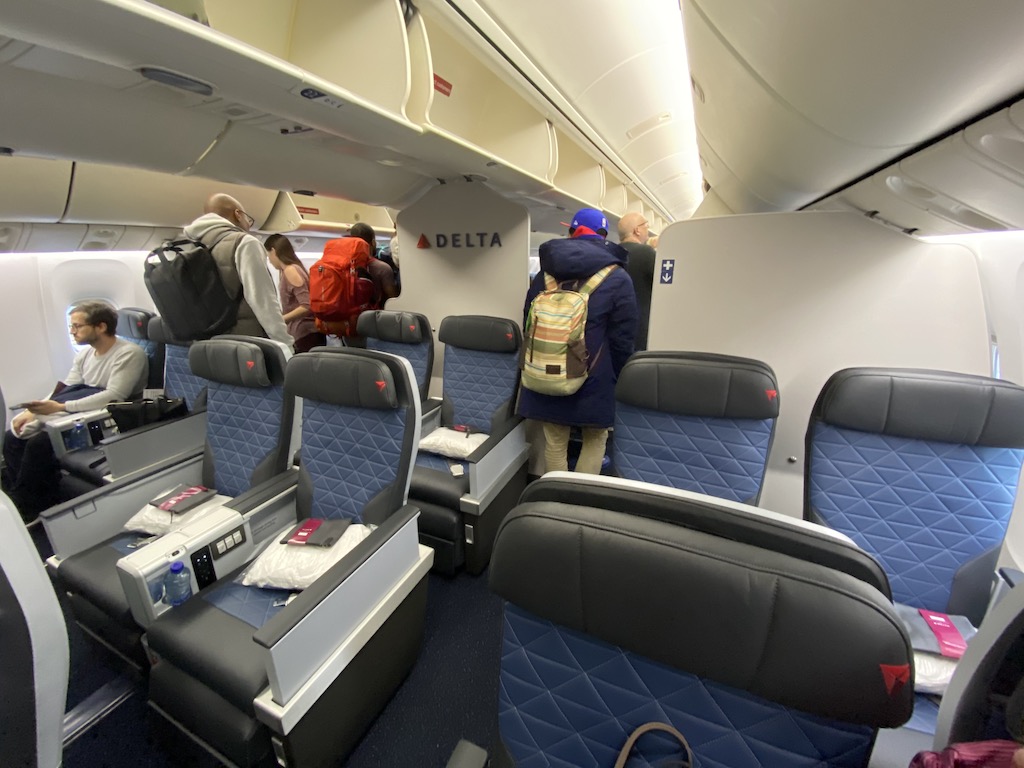 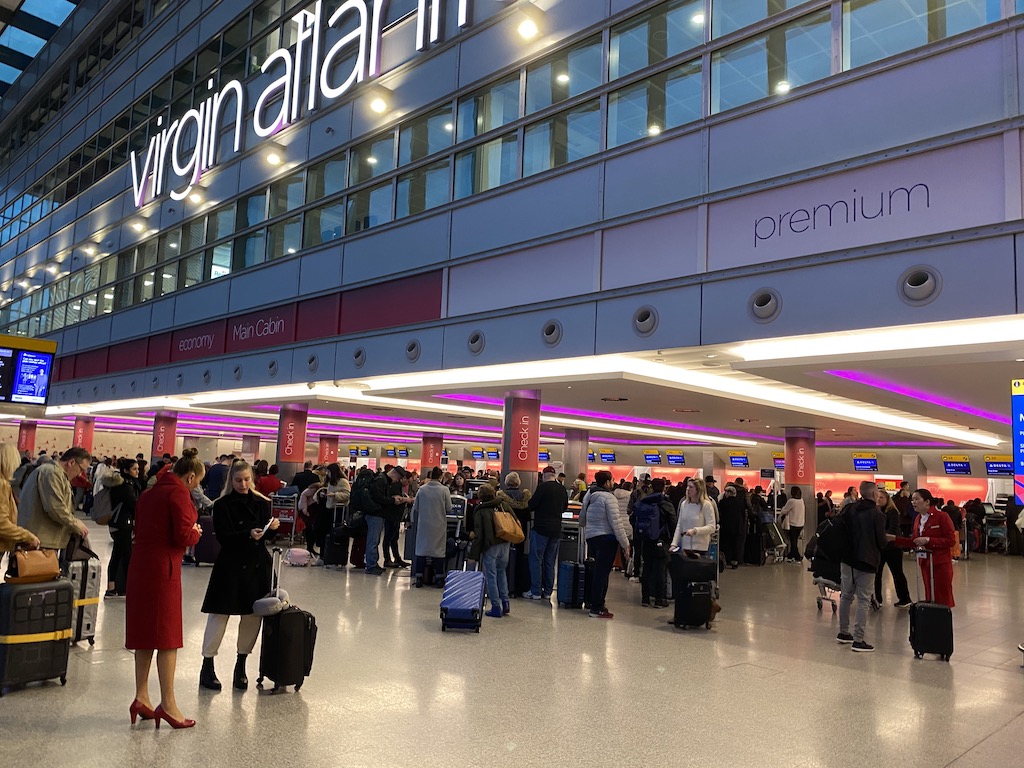 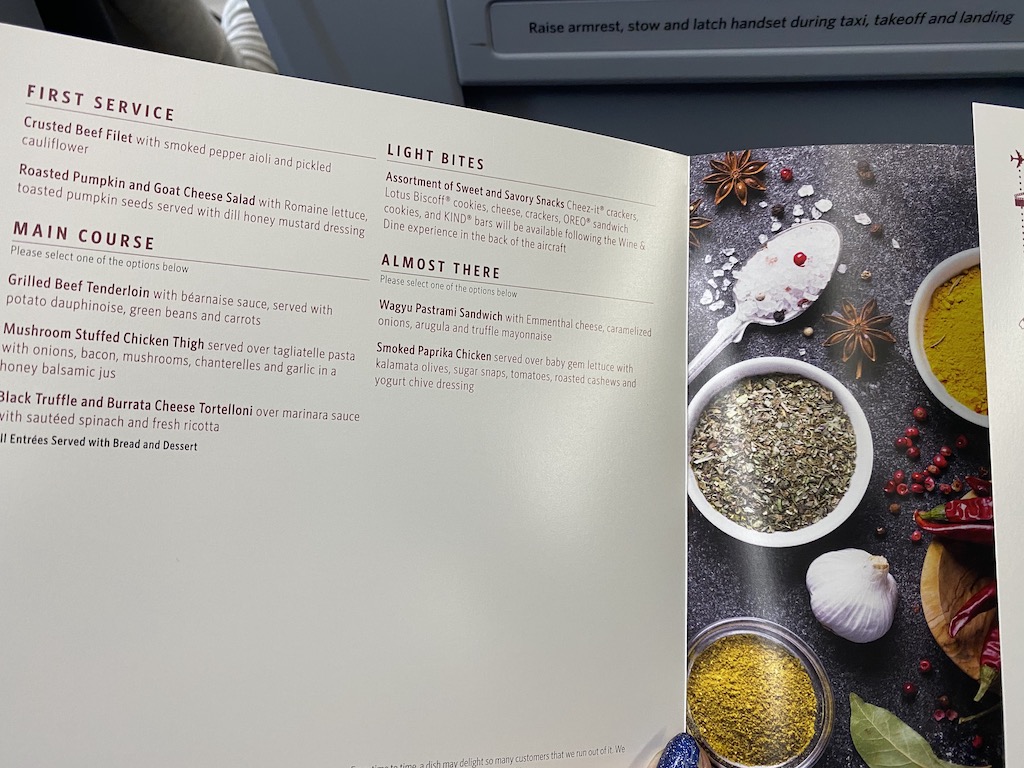 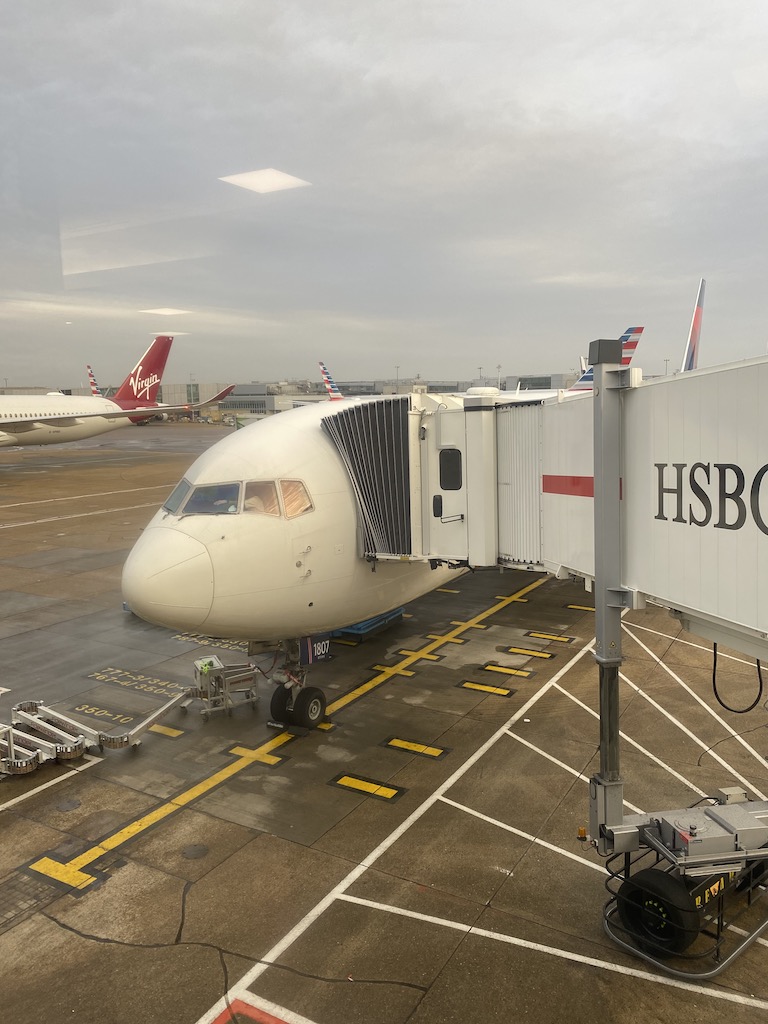 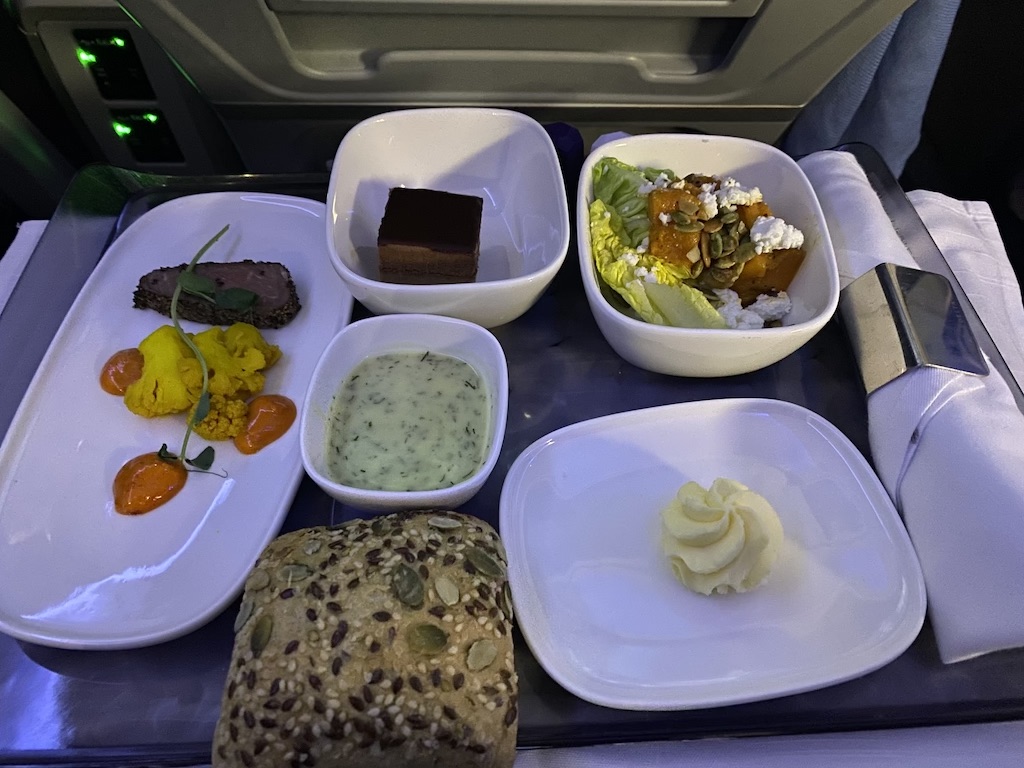 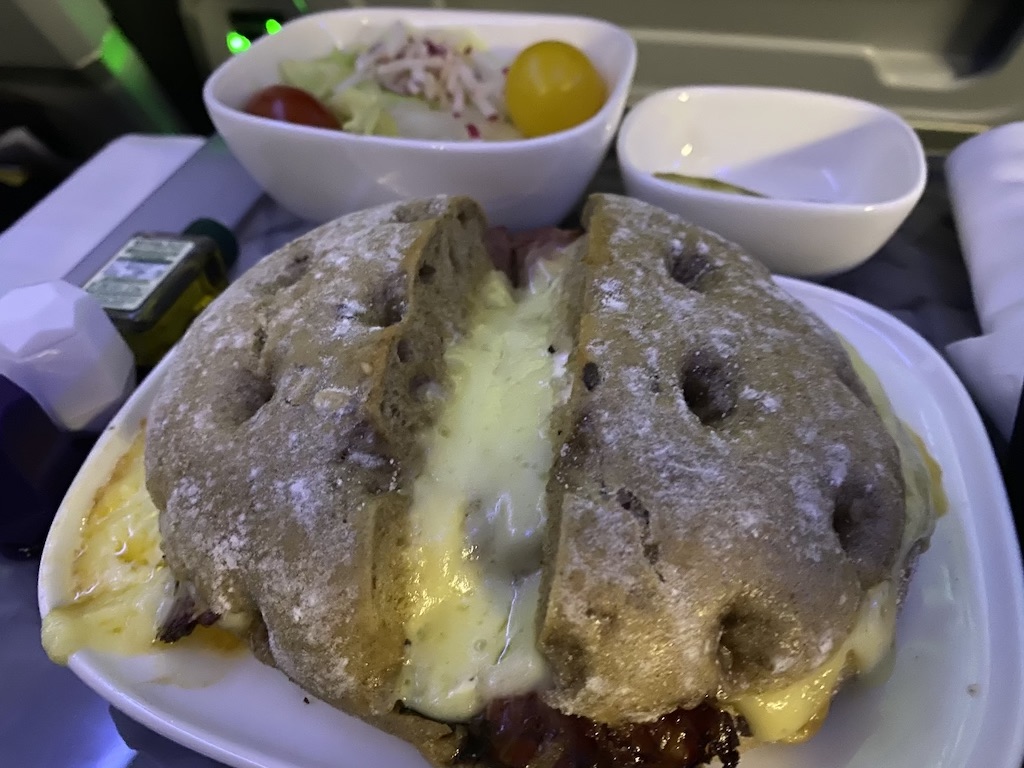 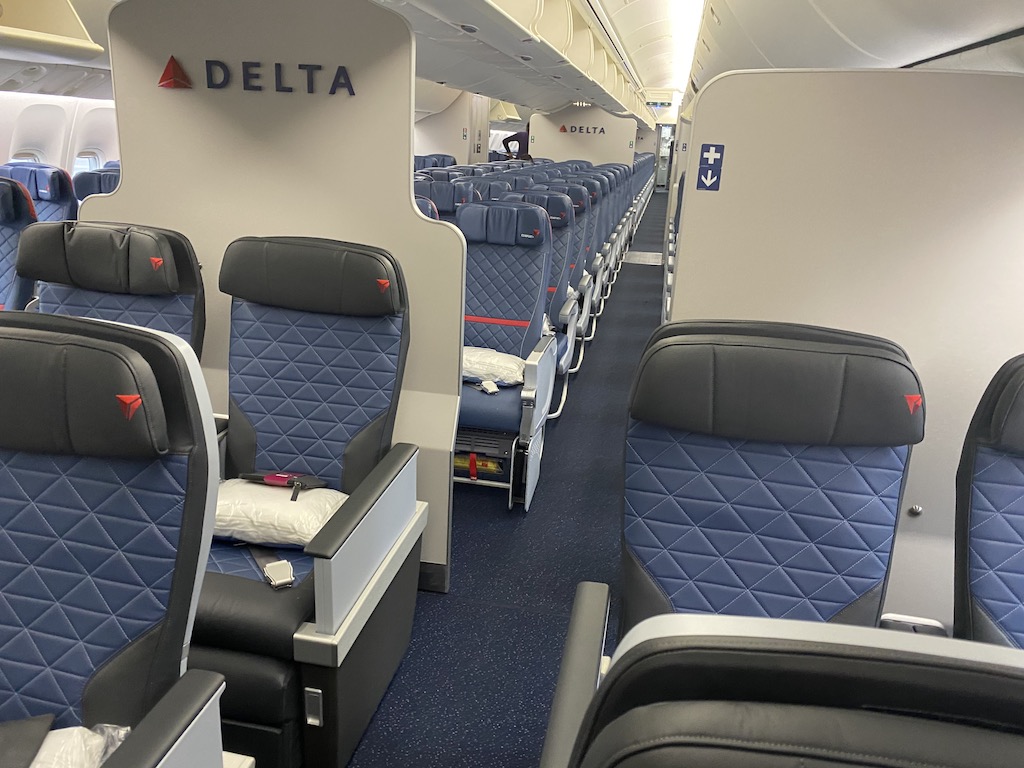 Looking back into main cabin

We were immediately asked if we were flying with Virgin or Delta, and when we told our guide, she took us to a desk where we were asked some pre security questions. This apparently is a Delta “thing,” and once we’d answered them satisfactorily, a small sticker was put on our passports and we were directed to check-in. Unlike British Airways, Virgin has a dedicated check-in area for premium, and there was no queue at all – we dropped our cases in moments, and we were into the fast track line at security.

Terminal 3 is pretty busy, and premium, sadly, does’t give you lounge access. We chose to enjoy some breakfast at Wagamama before heading to the gate.

As you’d expect, Delta board first class initially, but as they don’t have a business class, we were up next and we were able to board soon after arriving at the gate.

Our aircraft was a fairly old 767 which had very recently been refurbished, so the cabin looked and smelled very new and fresh. The seats in premium economy are in a 2-2-2 layout, and we had chosen two together, on the port side. The seats are really, really comfortable. They are wide and there’s loads of legroom. They are proper recliners, with footrests that pop up as you go back. Another touch we liked is that the tray tables come out of your own armrest, so your table doesn’t move when the person in front does. A flight attendant came around as soon as we’d settled ourselves into the seats, with Champagne and this was followed soon after by a hot towel, while the rest of the aircraft boarded.

Soon after take off, we were asked to draw our window blinds to help prevent other passengers being blinded by the sun, and the curtains for our small premium section were pulled across. We were looked after by one flight attendant for almost the whole flight, although she was replaced towards the end by another one, presumably as she was due a rest break. It was nice to have the continuity. The service was excellent throughout, and very fast.

Our goodies on arrival included headphones, a blanket and a little bag with eye shades, flights socks, a toothbrush and paste and a lip balm.

We had pre lunch complimentary drinks from the bar, and that was followed by lunch, with a choice of three mains. We had a salad starter,  a well cooked and tasty main course, dessert and cheese and biscuits, all served on crockery with proper glasses and linen.

After that, it was time to settle back and enjoy the in flight entertainment. The screens in premium are much larger than in economy and the touch screens are effective. There were hundreds of movies and TV show to choose from, and neither of us spent much time scrolling before we found something we wanted to watch.

During the main part of the flight, our attendant came around several times with glasses of water, juice or to take orders for something stronger. The rest rooms in the section were reserved for premium and remained clean and stocked throughout the flight.

The flight deck team kept us posted on progress throughout.

The time passed quickly, and before we knew it, it was time for a snack an hour out from arriving at JFK. You can see the menu in the images above – just open the gallery by clicking on the photo.

The flight arrived on time, and we were given clear instructions about what to do about our luggage, for those of us on a connecting flight. Another benefit of premium economy is that you disembark first, so you beat the huge rush for immigration into the states.

Delta Airlines Premium economy is excellent and in our case, it was good value for money too, although as part of a three flight package it isn’t easy to figure out how much this leg cost. Good service comfortable, on time, excellent food and entertainment. You can’t ask for more!