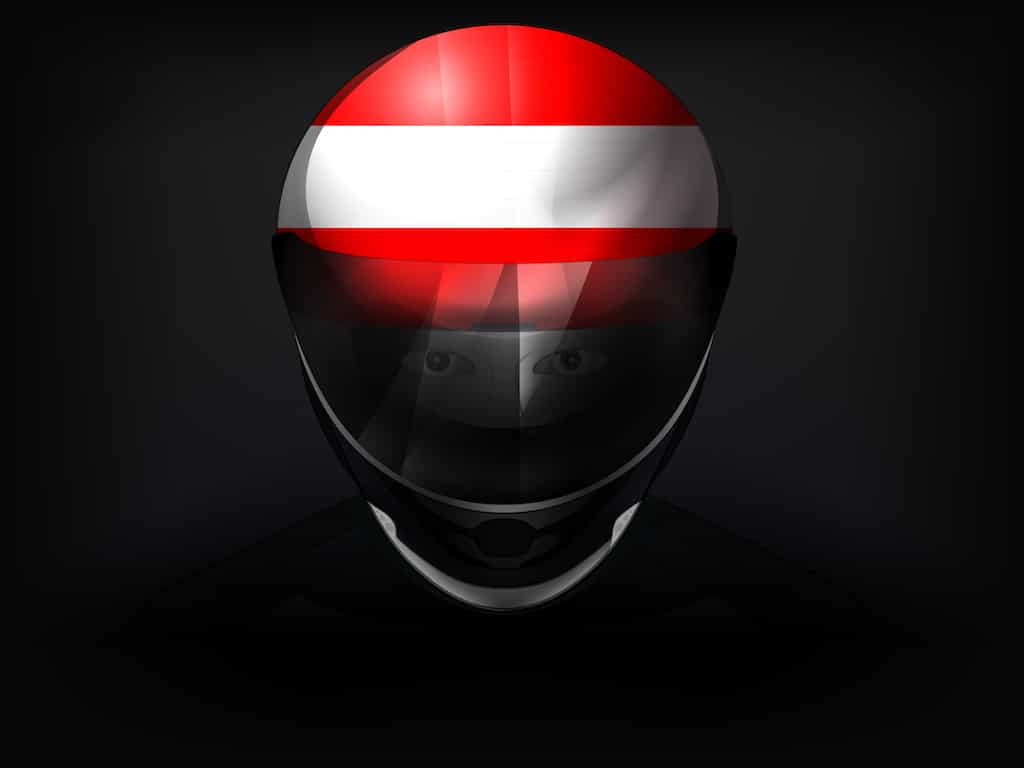 The Austrian Grand Prix is held at The Red Bull Ring, in Spielburg in Styria. Spielburg is a town of about 5,000 inhabitants and is surrounded by mountains.

It’s a pretty rural area, so getting there isn’t as easy as to most Grand Prix events. The nearest airport is Graz, about 85KM away, but the country’s main international airport at Vienna is 200KM away from the circuit. The nearest railway station is Knittelfield and they run a shuttle bus service on race weekends.

Our advice would be to either enjoy a cross European drive or to fly into Vienna and hire a car.

The track for The Austrian Grand Prix was fully refurbished in the late 2000’s when Red Bull took control. It’s one of the shorter tracks on the calendar at 4.138KM, and this often leads to very tight times during qualifying.

The Red Bull ring offers an interesting contrast, with three long straights requiring power, and a very tricky series of high speed corners at the back of the track, requiring downforce.

It’s one of the few with DRS zones. The lap time is only about 63 seconds, so you’ll never get bored!

It’s not a race then tends to serve up surprises – since the track came back to the calendar in 2014 every race has been won by Mercedes or Red Bull.

But passing is relatively easy with the DRS zones, so you’ll be rewarded with plenty of overtakes, and it’s quite common for the winner to make his way to the front in the final few laps, having preserved tyres.

It’s one of the few circuits where Lewis Hamilton hasn’t been particularly successful – he’s only wone one there once, but his team mates, Nico Rosberg and Valterri Bottas have two wins apiece, as does Max Verstappen.

Why go for this one?

It’s all about the location and the compact circuit. The track is in a natural bowl, surrounded by the Styrian Mountains and the views are spectacular. It’s also a real “party” circuit for Red Bull Racing, as it’s their home Grand Prix.

The layout means you can see much of the track from any of the Grand Stands, so you’ll see lots of action.

No question about this one for The Austrian Grand Prix – The Nord Grand Stand, now the Steiermark Grand Stand, which is on the outside of turn one and has a superb view of almost all the track as it falls away below it.

The Red Bull Ring also offers “Hopping Grand Stand” tickets, so you can move around the circuit.

When is the Austrian Grand Prix this year?

Have we inspired you to enjoy The Austrian Grand Prix? We’d love to tailor a package to suit you, including flights, accommodation and race tickets. Either call us on 0800 810 8404 or complete the form below: