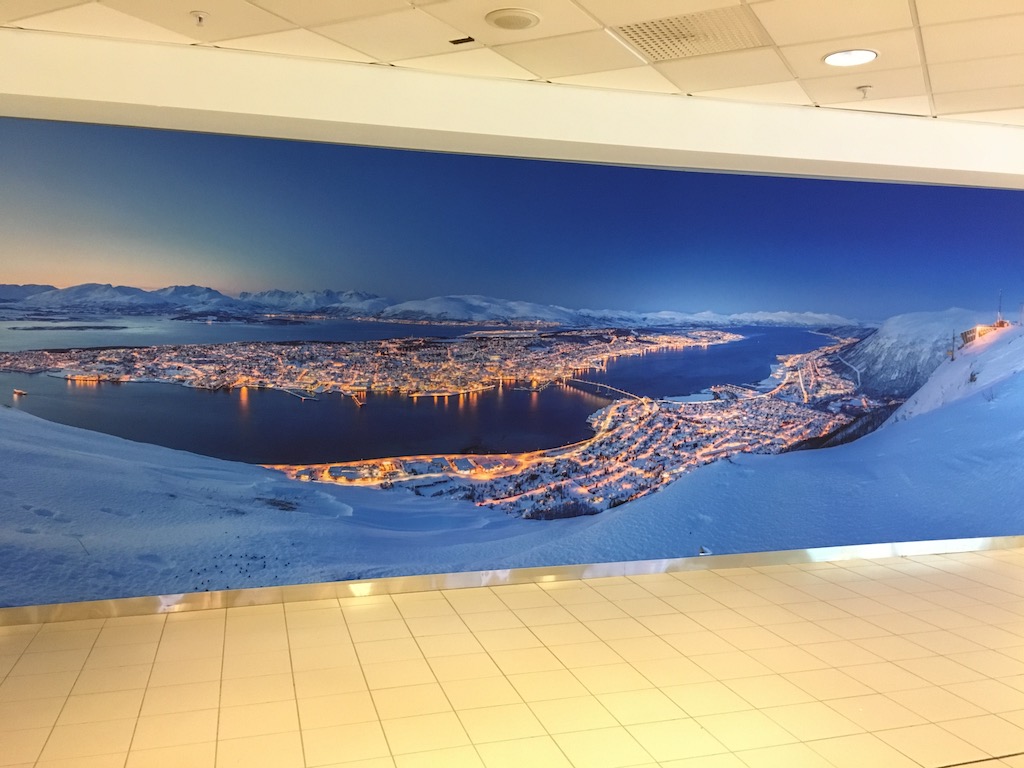 We woke to a rainy day in Tromsø with low cloud cover, after breakfast at the Blu Radisson hotel we decided to scrub the cable car ride up to Storsteinen for a fabulous view over Tromsø, as it was shrouded in cloud. We caught up our work online with the free wifi in the hotel, before venturing outside.

It was grey, wet and very slippy underfoot. The rain had partially melted the snow and ice which made walking somewhat difficult. Luckily our destination of Ølhallen wasn’t very far and we made it slip sliding along the way. We should have just bought some spikes for our shoes but it seemed silly just for a few hours before we flew home. I would have liked to take a tour of the Mack brewery, which is the northernmost in the world, they run Monday to Friday at 15:30 and cost 170 NOK per person, but we had to leave for the airport after lunch. Ølhallen opened in 1928, it was a sanctuary for men, where they were not disturbed by shop talk or women and could cheap propecia 5mg enjoy their beer in peace. Women have grudgingly been allowed on the premises since the 1970’s after they allowed females to take over the old gents toilet, after a new facility was built for the men. We stepped down into the pub and walked towards the bar, where we needed advice about what to drink, there was a blackboard menu of 50 beers to choose from! We had enjoyed the Porter brewed by Mack whilst relaxing in the Panorama bar on ship, so the barman suggested the Smoke Stout. The beers come in 3 sizes from small, medium and large. Two large beers cost us 350 NOK!! The stout was delicious, it had a dark malty aroma with a waft of smokiness and dark chocolate taste, we only dared risk one drink at 7% alcohol and an icy footpath to walk back on. On our stroll back to the hotel, we paused at Egon for a pizza & salad lunch buffet, at 110 NOK per person this was great value and filled us up, ready for our flight.