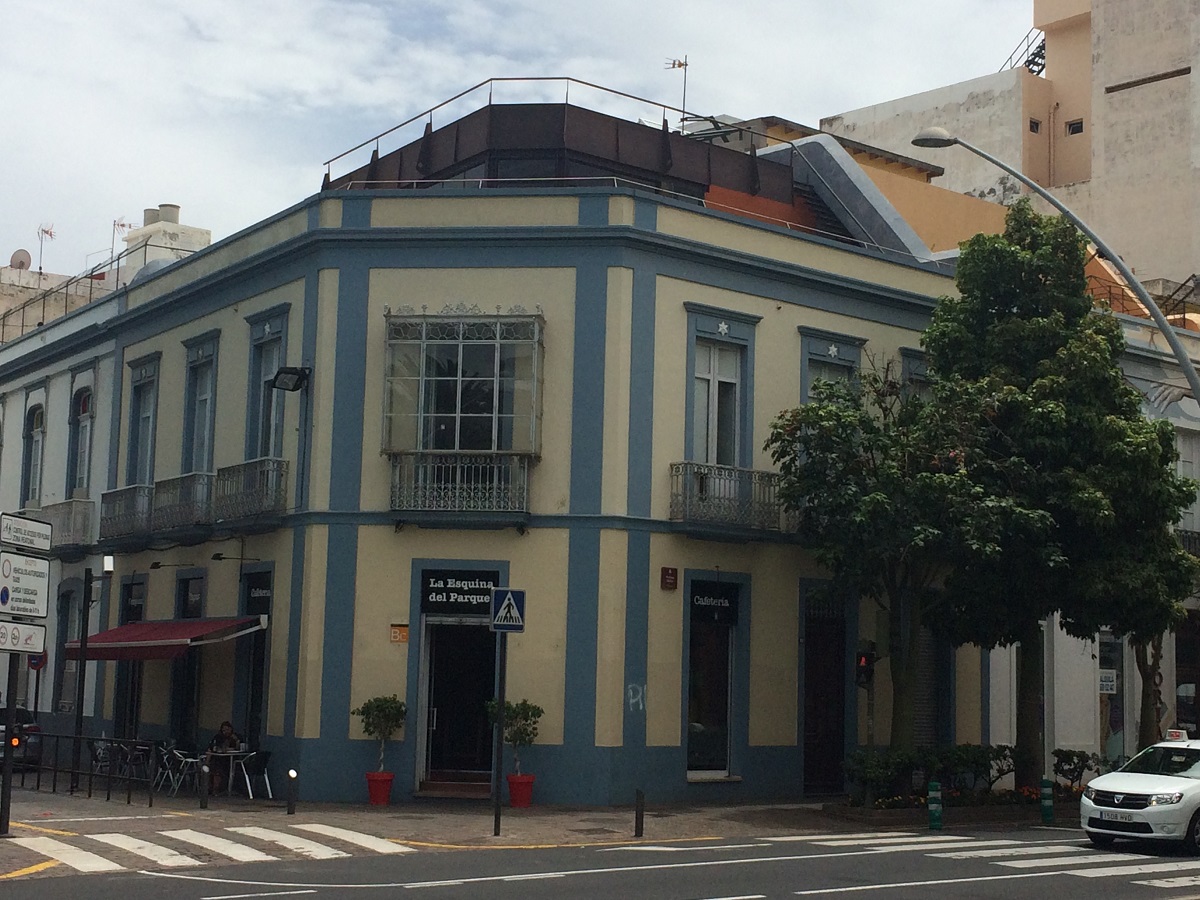 We might like staying in nice hotels but we do love eating like a local, and you can’t get better value than a menú del día when visiting Spain. As we were too early to check into the Grand Hotel Mencey in Santa Cruz we stepped out of the hotel to find somewhere conveniently close for lunch. The obvious choice was the Cocina Urbana, directly opposite the hotel, however we wandered through the beautiful Parque García Sanabria and couldn’t help noticing the popularity of the cafeteria La Esquina del Parque.

Sadly all the tables outside were taken, opting for one inside we ordered dishes from the €7.50 menú del día which included revuelto de setas or gaspacho for starters, pollo en mostaza dulce or cherne con papas y ensalada for the main course, plus a drink, bread and coffee. I ordered the revuelto de setas (scrambled egg with mushrooms) and cherne (fish), Mike did the opposite and requested gaspacho (cold tomato soup) and pollo en mostaza dulce (chicken in sweet mustard sauce). Two fabulous cold cañas appeared on the table along with the WiFi code just in case we wanted to surf the net whilst waiting for our food. There was a real buzz in the café with lots of local business people and Spanish families enjoying the three course menu.

My revuelto was delicious, there was bacon as well as seta mushrooms mixed into the egg which was decorated with fresh herbs and paprika. I had obviously made the right choice with the fish, Mike was really envious when my portion of Cherne arrived, this was a chunky piece of fish, pan fried to perfection so it was still succulent inside. Instead of coffee I was offered a postre of macedonia de frutas, a fresh fruit salad which was a perfect end to my lunch. When the waiter brought our bill, he explained that we had been invited to enjoy our second cañas on them. Incredible value, great food and lovely service, just what we wanted for our first meal in Santa Cruz.