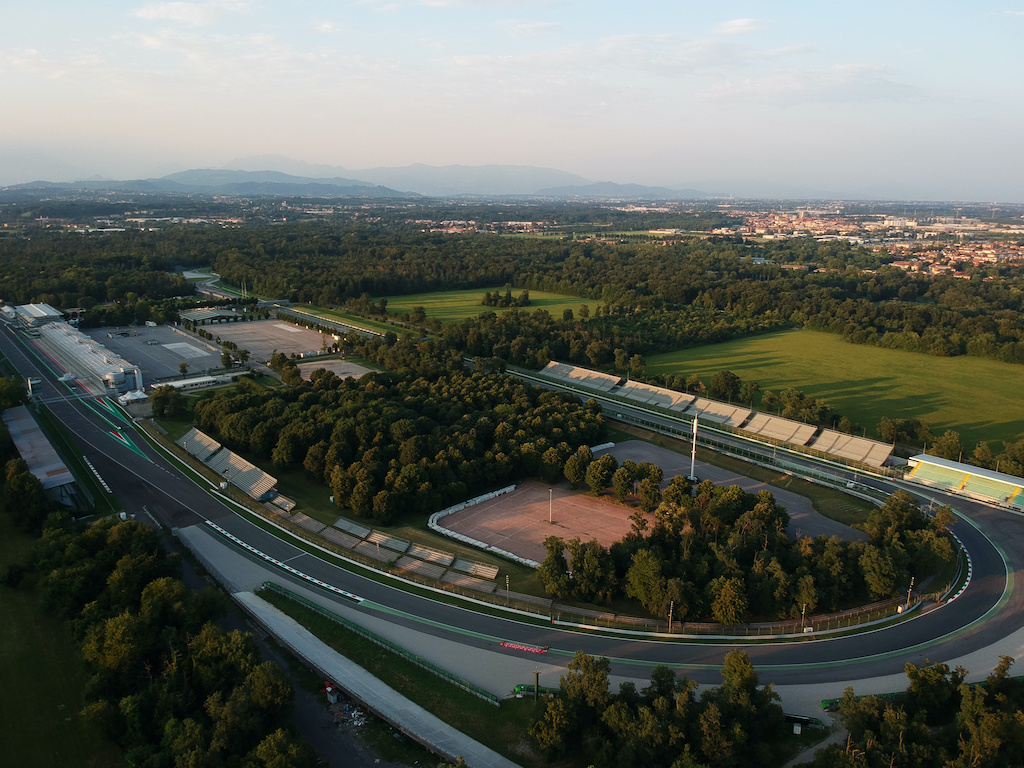 The Italian Grand Prix is held at Autodromo Nazionale Monza. Monza is in Lombardy in Italy, and is about 15KM north of Milan. Being right in the north of Italy, it’s easily accessible from the South of France.

The Italian Grand Prix is the fifth oldest grand prix and has been held since 1921. It’s one of only two races (The other is the British Grand Prix) to have been held every year since the F1 Champion ship started in 1950.

It’s a “Classic” circuit – originally 10 miles long and with banking. These days the circuit is 5.7KM long and the race lasts 53 laps.

The Italian Grand Prix is the fastest circuit on the F1 calendar, and there are two super long straights, with chicanes with long sweeping corners at either end, the first of which is two smaller corners known as Lesmo, and the last of which is the famous parabolica.

A fast one! The Average speed per lap is over 250KMH, so it’s blisteringly fast, and the cars cover over 300KM in the 53 laps.

It’s the home of the Tifosi – the famous Italian race fans who follow Ferrari, and that creates an incredible atmosphere at the circuit. Michael Schumacher and Lewis Hamilton are the most successful drivers at the circuit, having won 5 races each. Ferrari is the  most successful constructor with 20 wins.

Overtaking is pretty straightforward, with long DRS zones, but engine power is crucial at this circuit. There’s a good chance of some rain at some time during the race weekend.

The Italian Grand Prix is a classic race on a classic circuit and it favours the bravest drivers because of the very high speeds attained. But above all, it’s worth experiencing this one to see the passion of the Ferrari fans.

The annual track invasion is amazing to watch, as spectators flood the track soon after race end.

It’s also easily accessible from anywhere in Europe, either by car, train or plane.

There are well over 20 grand stands to choose from, so lots of price points. But it’s well worth considering General admission, as there are paths that wind through the forest, and which can take you to some excellent viewing points within the circuit.

All of the grand stands are covered, and they have reserved seating and large TV Screens. The best are Centrale and Prima Variante, but inevitably, they are the most expensive. Choose a grandstand based on your budget.

We can tailor a package personalised to you, so please get in touch if you want to fly out for the Singapore Grand Prix. Freephone: 0800 810 8404 or send a quote request below.