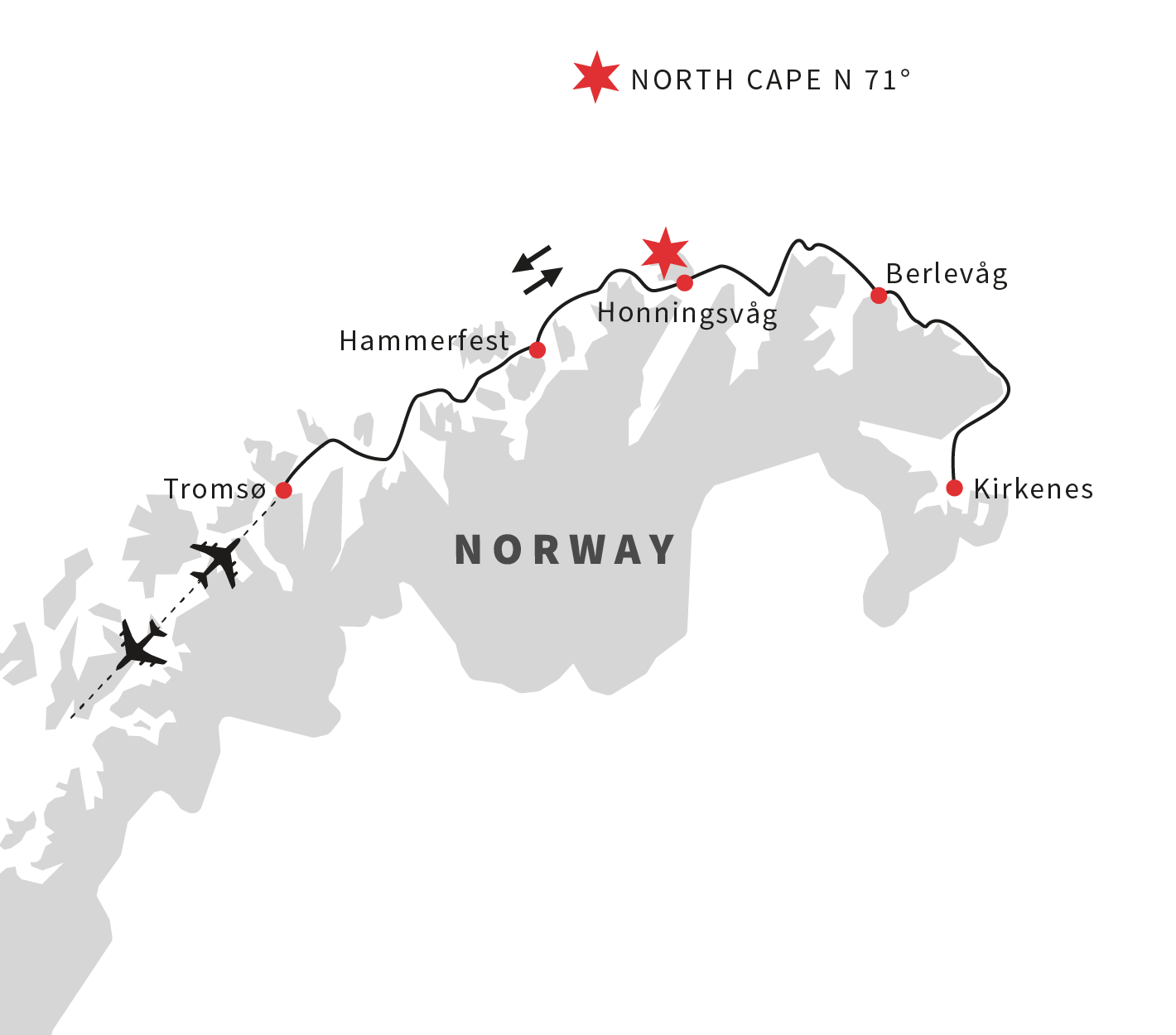 You can read the full story of our trip here, but these are my own observations and highlights from it.

I really didn’t know what to expect of this trip. We’re not experienced cruisers, and anyway, Hurtigruten were at pains to point out their ships are not cruise ships!

MS Finnmarken is about the size of the largest car ferries you see around the world. Indeed, she carries cars, and plenty of cargo as well. But the passenger decks are much better appointed than you would normally find in a car ferry, and it feels very much like a good 4 or 5 star hotel aboard.

I was pleasantly surprised by our cabin, which had enough room, a large square window and an en-suite which was just big enough. The shower was hot and powerful. We’d elected to go for an Arctic Superior cabin, which put us on the 5th deck, and chatting to people from lower decks, we gather things were much noisier down there, especially when it was rough. From our cabin, it was a ten metre walk to a huge stern balcony, which was fabulous for views and fresh air. All the cabins have very efficient air conditioning and underfloor heating, televisions that work (with English channels!) and ours also had tea and coffee making facilities.

There are a couple of downsides worth mentioning early on. Finnmarken is remarkably quiet and smooth when running between ports, but she does dock all through the night, sometimes at 2AM or 5AM, and when the side thrusters are being used to dock, she’s noisy and vibrates. It didn’t bother us at all – we sleep like babies on a ship, but it could be an issue if you are a light sleeper.

For regular cruisers, there isn’t any kind of entertainment, although we did enjoy an impromptu fashion show by the crew, but you’re pretty much left to your own devices to entertain yourself while sailing. Many people brought cards and games, and we enjoyed reading our books.

The food is spectacularly good, as long as you like fish, and we do! For three of the nights we had set three course meals, with freshly caught fish forming part of almost every dish, although red meat lovers will enjoy the reindeer steaks as well. On the other night dinner was a sumptuous buffet. Breakfast is also a buffet, with all the usual options of continental or cooked.

We didn’t opt for lunch, although it was available. There´s an interesting tapas menu in The Panorama Bar, which we had on one day, and you can get sandwiches, burgers and pizzas in a 24 hour cafeteria.

Drinks are incredibly expensive aboard, and although there is a drinks package, that, too was pricey. Allow €10 for a bottled beer and the best part of €40 for a bottle of wine! Welcome to Norway!

The main bar is on the top deck and is called The Panorama Bar. It’s fabulous, with huge windows all around, plenty of seating, and it’s a wonderful place to sit and watch the fjords and islands go by.

You can buy internet access aboard, and it works very well, although most of the time you are within reach of Norway’s excellent 4G service, so if you have a decent roaming package you could rely on that.

Finnmarken also has a pool, jacuzzi, sauna and gym. Both the pool and jacuzzi are lovely and warm, even though they are outdoors, so the heating system must be impressive as the temperature was below -10 at times!

All of the crew are incredibly friendly and caring. The service was exceptional, without being “doting” – just the way I like it.

We actually spent as much on excursions as we did on the holiday, but it was well worth it. On one day we visited the Huskies at Kirkenes – read more here, and on another we took an epic snowmobile trip!

We got off the ship at one port at Midnight, were issued with warm clothing, mounted our snowmoblies and raced across country to meet the ship at her next port!

It was one of the highlights of my life! We travelled through jewelled snow, across frozen lakes, seeing shooting stars and revelling in the tranquillity in temperatures of -12 degrees. We stopped at one point where we had a moment to step into a teepee, with a roaring fire to warm us, and hot berry juice to revive us.

One of the main selling points of this trip through the arctic is to see the lights. Did we? Yes we did! They make announcements on the ship’s tannoy if they are spotted, and we had two announcements. The first was at about 2AM, and you would have laughed your head off if you could have seen Julie and I stumbling around the cabin, trying to get warm clothes on before going out. Sadly, by the time we managed that, they’d gone!

But the second time we saw them. They were quite faint, and also fleeting, but we saw the lights and got the photo. Bucket list ticked!

Would I do it again? Yes, for sure, and I suspect Hurtigruten’s relaxed style of cruising is exactly my cup of tea. I’d like to do the same trip again in the summer, to see the difference and to witness the midnight sun, but I also fancy doing one of their new voyages to the Antarctic soon, so watch this space!