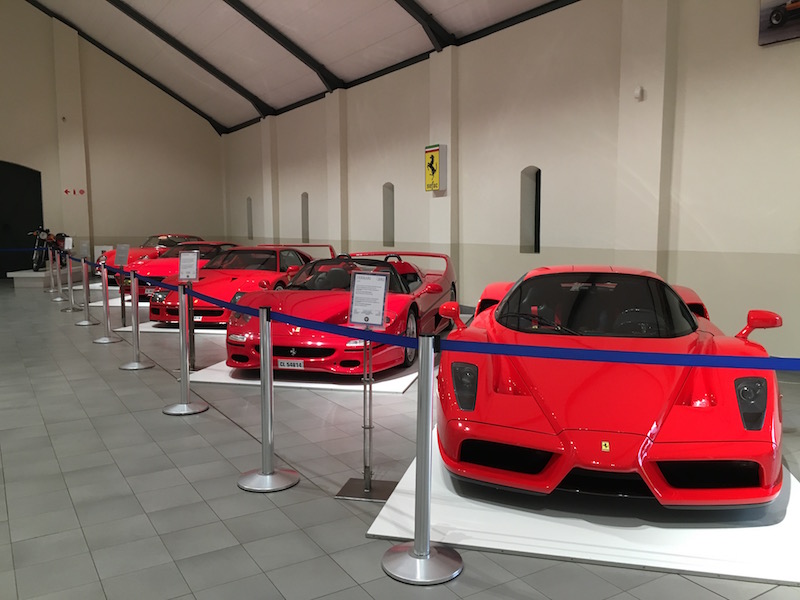 Reading up about the Wine Region around Franschhoek, Julie spotted the fact that there was a classic car museum in the area, so we planned to drop in to check it out. The town is pretty small, so what I was expecting was a small collection of cars, probably owned by a keen local winemaker who had made a bit of money, and sunk some of it into a little hobby on the side. I thought we might spot some interesting old Peugeots (it being Africa) a few Mercs and the odd interesting old British Leyland product that had survived without rusting away.

I was right about the wine maker and it being his collection, but totally wrong about the size of it, and the quality of the cars on display! There’s a long driveway, which you can access through a security gate, and you arrive into a small car park and walk into an unprepossessing entrance building where you pay just 60Rand (About €3) per adult for access.

Walking through, we were confronted with four large buildings, surrounded by stunning gardens, and with an immaculate lawn as the centrepiece. Each building contained around 20 cars, and as soon as I walked into the first, I knew we were in for a treat! No fewer than three Bugattis, a Packard, a Cord and a brace of Rolls Royces. Each was in immaculate condition and with a description of the model and history.

I assumed the cream of the collection was in building one, but it just got better and better. Building two had an American focus, with 5 Mustangs, including a Shelby 500GT, and yet another Bugatti. Building three was home to mainly German cars, with Nelson Mandela’s 7 series BMW alongside a stunning Mercedes 540K, and a 300SLR Gullwing, as well as more mundane beasts like a ’52 Beetle and a Porsche 928.

I wandered into Building 4 to be confronted with what must be one of the world’s best Ferrari displays. Lined up together, were a 250 GTSWB, a 288GTO, an F40 an F50 and an Enzo. An example of the first car in that list sold recently for $16 Million. All of the others are super limited editions and worth millions.

After drooling over those for a few moments, I then spotted a McLaren F1, and Jody Scheckter’s grand prix winning Tyrell, as well as a couple of beautiful early Aston Martins. If you visit South Africa, and you’re a petrol head, you simply must go to the museum, it’s just fantastic, and the entry price is ridiculously cheap!