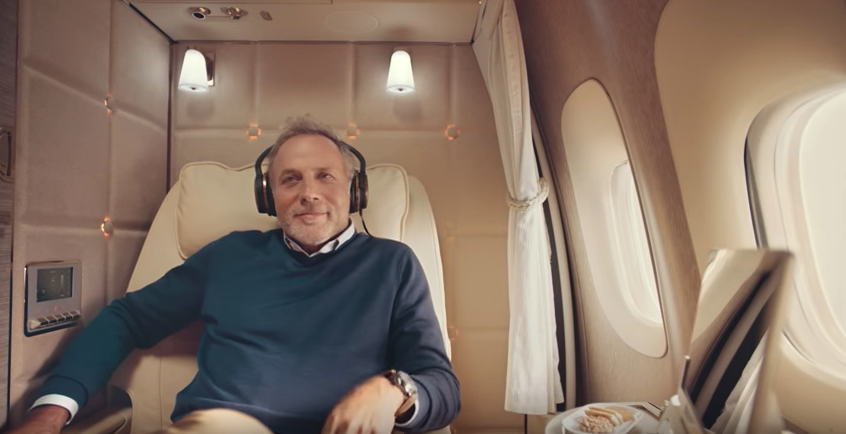 Emirates First Class suites on their Boeing 777’s are incredible!

The airline’s new 777-300ERs are each equipped with six of the new suites. They have 40 square feet of space per passenger and feature floor to ceiling sliding doors for complete privacy. They are in a clever 1-1-1 configuration, but the suites in the centre of the aircraft  feature “windows” which are actually TV screens, with the outside world transmitted to them from cameras on the outside of the aircraft!

The seats are modelled on those from the Mercedes S Class car, and have a “zero gravity” setting which gives a feeling of weightlessness. The Mercedes theme continues on the ground – all passengers flying in the suites will be brought to and collected from the airports in Mercedes S Class limos.

Each suite has a 32 inch HD television with 2,500 channels of entertainment available, and each occupant will be given top of the range noise cancelling headphones, specially developed for Emirates. There is a personal mini bar, and passengers will be given “Moisturising pyjamas,” Bulgari amenity kits and skincare products.

Watch the video to see the new suites in action: