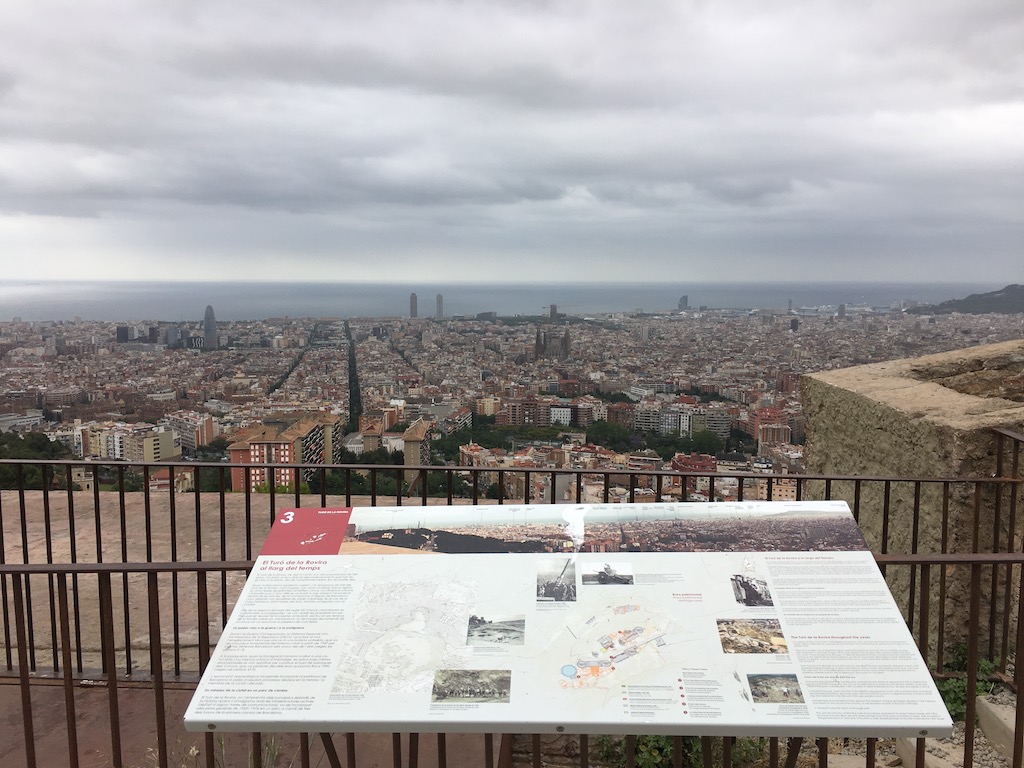 Our first night in Barcelona was spent in the Best Western Hotel Alfa Aeropuerto which is the closest hotel to the airport, they offer a free shuttle bus from the airport to the hotel door but for ease we jumped in to one of the many taxis that queue at the front of the airport doors for a flat 20 EUR fee.
We took a quick dip in the indoor pool and whilst we had it to ourselves it was small, there are also 2 exercise machines and a sauna tucked away to the rear. We had our evening meal in the hotels restaurant and the service was excellent, we felt that the menu was a little over priced, but the fish soup was particularly good! The breakfast offering was small but had everything that you would expect a buffet breakfast to provide. The number 21 bus picks up from the main road just outside of the hotel and the cost is only 2.15 EUR pp to anywhere on the route. We jumped off in the Gothic Quarters and took a short walk to the Mercado de La Boqueria, which is a fantastic food market. The colours and smells are incredible and you can get anything from fresh fish, to dried chills, fruit and sweets.

We had a tapas lunch at Lapaciencia which is on Rambla del Raval, they have a split menu and you can pay a little more on each dish to be able to sit outside which meant that we were able to soak up the Spanish sun whilst enjoying our lunch. Their selection of calamari, meatballs, mussels, chicken strips and Spanish omelette were excellent. If you are seeking a trip that is free for the whole family you should try the Parc del Laberint d’Horta, this is a free historical garden in the Horta-Guinardo district of Barcelona, we had great fun with our 11 year old Daughter trying to defeat the garden maze.

Our highlight was El Turo de La Rovira which is a view from an altitude of 257 meters and it provides the most epic birds eye view of Barcelona. If you are going to do one thing whilst in Barcelona do this, it’s free and don’t forget your camera!

After a morning of sight seeing we drove along the coast to Salou to check into the H10 Mediterranean Village hotel, the fastest sat nav route took us along toll roads so be prepared to pay some Euros but these roads are avoidable. The H10 is just as you would expect, geared up for families with exercise classes in the two outdoor pools, bingo, evening entertainment and large buffet style dining times.

We purchased a day ticket to Ferrari Land and a day ticket to the theme park PortAventura. We spent half a day at Ferrari Land as the park was very quiet, it had only been opened for a few weeks so it meant that there were very few queues and we were able to move around quickly. The park was clean and very modern and we particularly enjoyed the 6D Ferrari experience and we still haven’t worked out how the effects were so good without us having to wear 3D glasses! Their biggest thrill ride is Red Force which is currently the highest and fastest vertical accelerator in Europe, reaching a speed of 180KM in 5 seconds – we loved it but it is not for the faint hearted! PortAventua was very different, the park is vast and the queues were up to two hours for some of the rides but the cleanliness and upkeep of the park was similar to Ferrari Land. If you love exhilarating rides and a great family day out we would recommend both parks. We spent one night at the Barcelo Raval hotel which is located in central Barcelona, the reception, the rooftop bar and the rooms are pretty special and we loved it all! Our rooms were not ready when we arrived so the reception staff provided us with a voucher for a free drink each on the rooftop bar. We were instantly wowed when we arrived on the 11th floor! We were provided with an outstanding 360 degree view of the city centre, binoculars were located around the bar and there is a small pool located next to the bar. The view is spectacular during the day and even better at night as the lights across the city start to shine. After some shopping in the city centre we enjoyed a tapas lunch at Mariscco in Placa Reial, the Sangria and fish croquettes were great and we enjoyed the street entertainers as they moved from corner to corner of the Placa. It really is an area where you can sit and watch the world go by and enjoy the parrots flying around!

For our final night we decided to create our own tapas crawl and we commenced it at La Fragua which is directly opposite the Barcelo Raval Hotel, we ordered large beers with bread and olives and we were a little surprised to realise that a large beers were 1 litre each! We then moved onto a craft beer bar called Ølgod which offers a vast selection of craft beers and cocktails. We were served the most beautiful brisket which was smoked in their in house smoker and we were drawn in by a cocktail named the Beer Mojito which was surprisingly good! Our next step was at Joel’s Oyster Bar, we ordered 3 oysters and a glass of wine each and the oysters were huge and delicious and they had vinegar, lemon and shallots as an accompaniment! Our stay at this bar was short but during this time we were offered items from 3 passing street sellers. We then stepped into Joel’s adjoining restaurant where we thoroughly enjoyed their slider burgers. We ended our tapas crawl at Patisserie Escriba and the only way to describe the waffles is fantastic! The only thing that let down this great venue was the invasion of mosquitos. We crammed in a lot during our 4 day stay and we would highly recommend it!

We’ve uploaded a selection of photos to the following albums on Facebook:
Barcelona
PortAventura
Ferrari Land