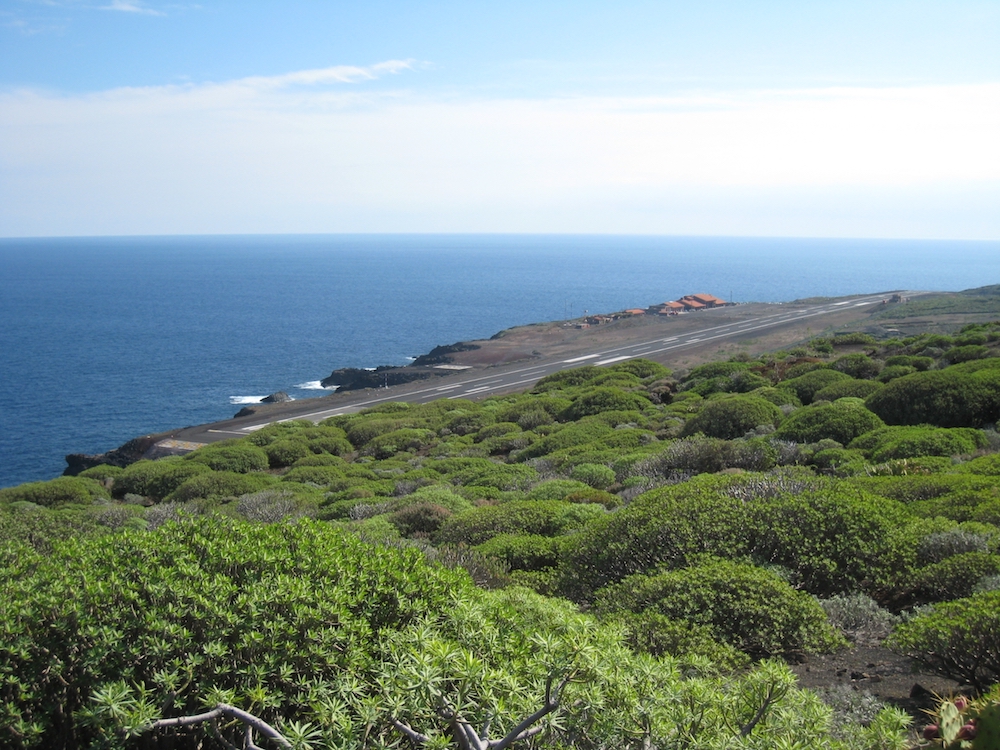 To maintain the traditional Canarian look the island only allows buildings to be two stories high.

The island is part of the province of Santa Cruz de Tenerife and has three Municipalities, Frontera, Valverde and El Pinar.

Whilst El Hierro is tiny is size, it is mighty in other ways! The island is the first in the world to become self sufficient with a state of the art turbine power station. The island is aiming for all cars on the island to be electric and they even provide free wifi across the whole island!

Despite being the smallest of the Canary Islands, El Hierro is packed with natural wonders like rich forests, sleepy villages and sea cliffs. The island remains fairly untouched by tourism so you will be unable to find any noisy bars or karaoke on the island. However. many divers travel here to discover the unique marine life of the island.

La Caleta is a town in the municipality of Valverde which is located in the North East of the island. It has a small beach with moderate waves.

La Restinga is a town and Spanish hamlet belonging to the municipality of El Pinar and it is located at the Southern end of El Hierro. The town is known for having crystal clear waters and it is an incredible place for scuba diving.

Isora is a town in the municipality of Valverde. It is 900 meters above sea level, making it the second highest town on the island and it has many beautiful viewpoints. It has the most varied climate on the island and it is known for having a vast amount of fruit trees, farmland and livestock. Isora is home to the Biosphere Reserve Interpretation Centre which is built in a former casino and it offers an interactive exhibition, providing information about the island.

El Hierro’s (VDE) airport is located 9km North East of Valverde and it is called the Aeropuerto de los Cangrejos. Binter Canarias airlines operate here and they fly between Gran Canaria and the Tenerife North airports.

If you are travelling from the UK, you should fly in to Tenerife South and then into El Hierro.

The small port of La Estaca is located in the North of El Hierro, near Valverde and it is primarily a port dedicated to commercial shipping, ferries and merchant ships.

Located in the South of the island of El Hierro is the very last harbour in Southern Europe called La Restinga and this is dedicated to sports and fishing boats.

The island offers a choice of small quiet hotels.