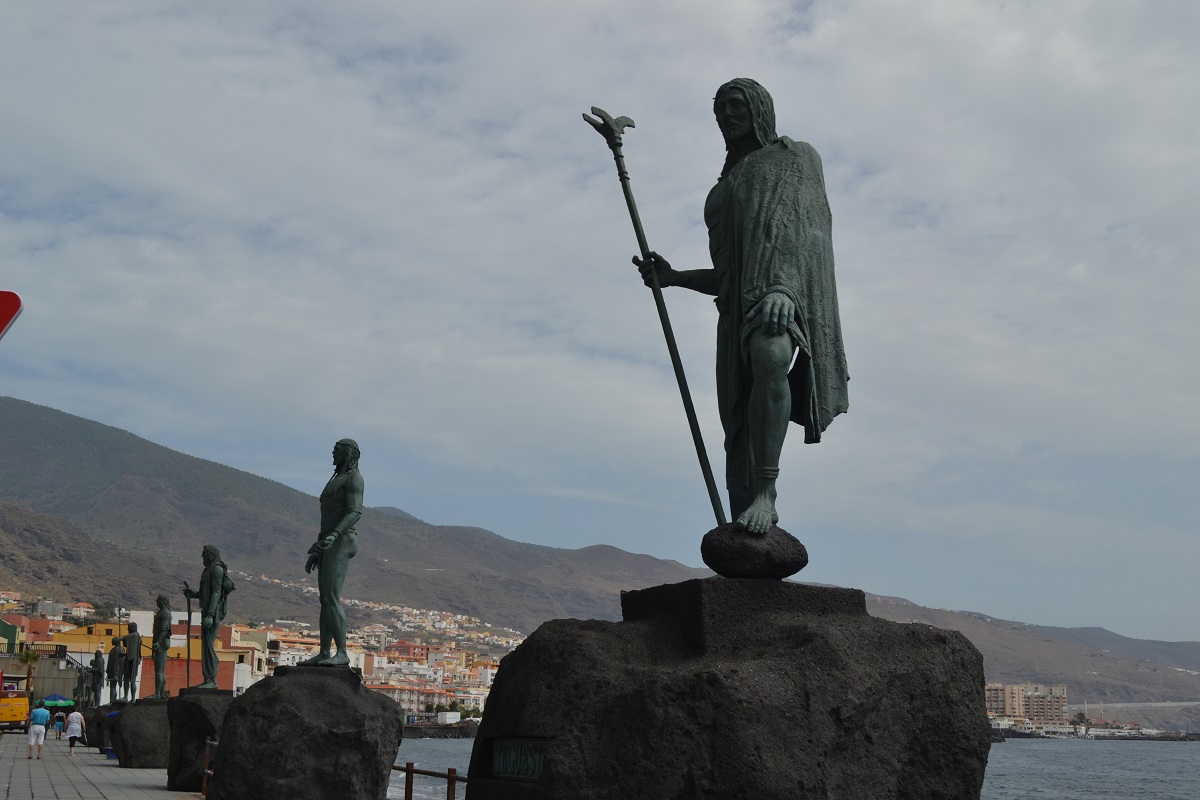 We had to stop and visit the Guanches at Candelaria whilst we were passing on our drive from Santa Cruz down to the South. When we arrived, the town was in full fiesta mode, the streets decorated with flags and a huge stage set up in the plaza.

There’s an interesting story to Candelaria, it’s said that a wooden figure of the Virgin Mary was washed up on the shore here in 1392, which was found by the Guanches. Bizarrely the current statue in the Basilica de Nuestra Señora de Candelaria is a replacement, as the original one was claimed back by sea with a tidal wave in 1826.

There’s an annual pilgrimage to Candelaria each year, we actually saw lots of pilgrims traipsing along the verge of the main TF-1 road on the last day of our trip, when we were diverted from Tenerife North to South aiport on Friday 14th August, it was pitch black, they were wearing reflective vests and head torches so quite easy to spot. It’s a shame we were on a flying visit as I’d have liked more time to explore the town, we had a drink at one of the bars surrounding the plaza and a walk down the high street before returning to our car and continuing on our journey.