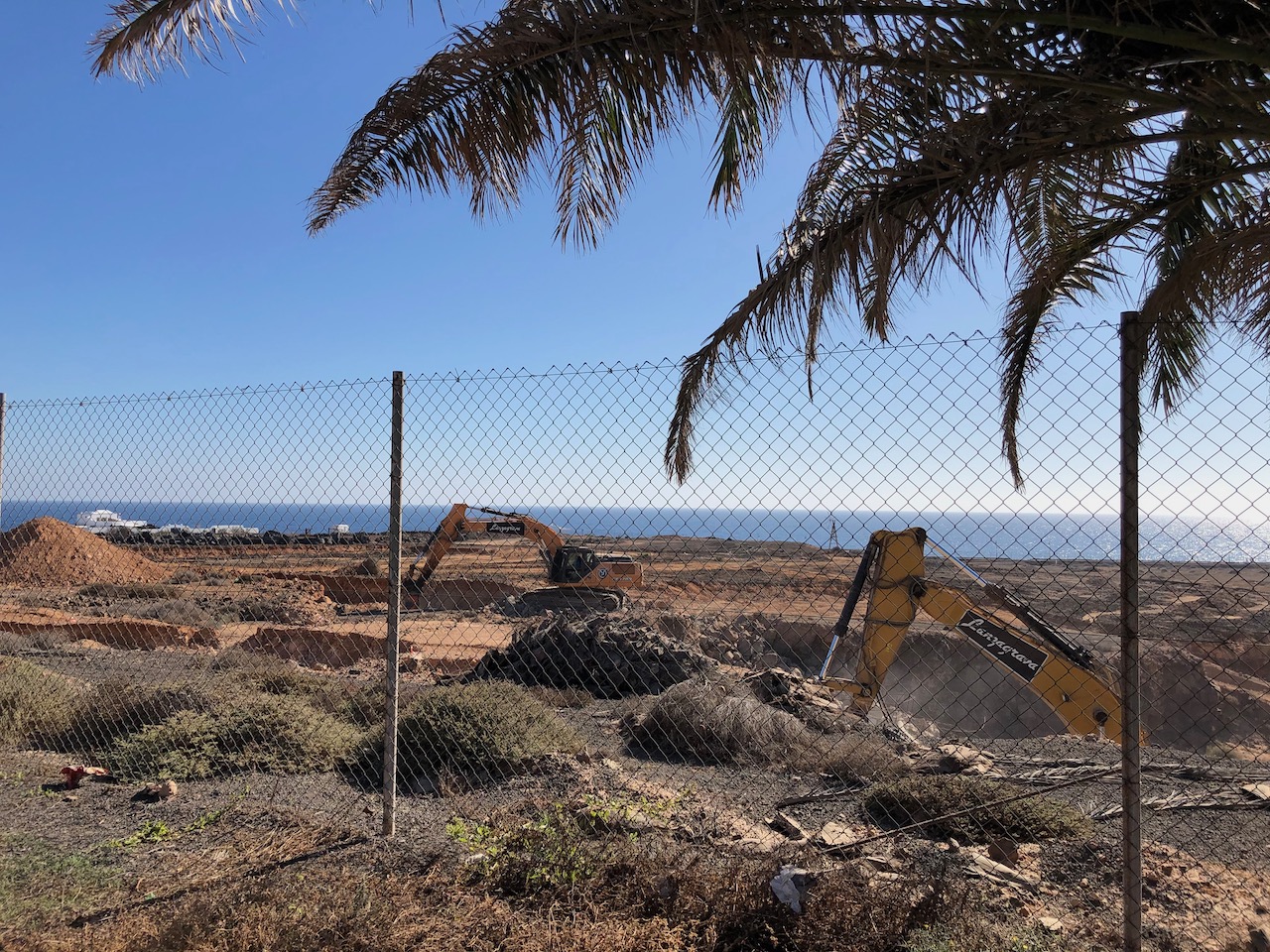 Summary of building work taking place in the holiday resort of Costa Teguise.

Work started in late 2019 on the new frontline hotel to be built next door to the Sands Beach Resort in Costa Teguise. More than two years later in April 2022 the ground work has ceased and the site appears to have been abandoned.

The 5* Gloria Palace Costa Teguise is licensed for 709 beds and is scheduled to be inaugurated in 2024.  Room types will include 252 double rooms of which 7 are adapted; 40 suites (2 adapted), 60 suites with their own pools (2 adapted), 3 single rooms and a premium suite with private pool. Plans include building one of the largest spas in Europe ( 4,811.63 m2) a strong focus on health and well being. Sports facilities include a multi purpose track, padel courts and a gym.

Costas the agency responsible for Spain’s coastline has rejected permission for a new beach to be created in front of the hotel. This decision has been appealed by Gloria Hotels.

Construction started on the open ground directly opposite the front of the Ficus Hotel during the second week of January 2022. Initially there were a couple of diggers on site doing ground work, rumoured to be for a small hotel linked to the Ficus. Work has progressed in mid February, there’s now a crane onsite and ground floor construction.

A complete refurb has started at the Coronas Playa hotel in February 2022. Construction noise could affect guests of the Club Santa Rosa which is on the opposite side of the road to the building work.

Previously operating as a TUI adults only hotel, the Coronas Playa will reopen as a Radisson Blu hotel after the 10 million euros refurbishment is complete. The first Radisson Blu hotel in Lanzarote is expected to be classed as a superior 4* standard with 229 rooms, 4 swimming pools and 3 restaurants, including an Italian à la carte and beach club, as well as the buffet restaurant. A soft opening is planned in August 2022 when the main pool and one restaurant will be open. The beachfront area will continue to be developed, with a full inauguration scheduled for autumn 2022 when the hotel is expected to be operating a full capacity.

We routinely give this kind of information to our clients as part of our service. Can we help you price up your next holiday? If so, please complete the form below, or call us any time for a chat on 0800 810 8404.