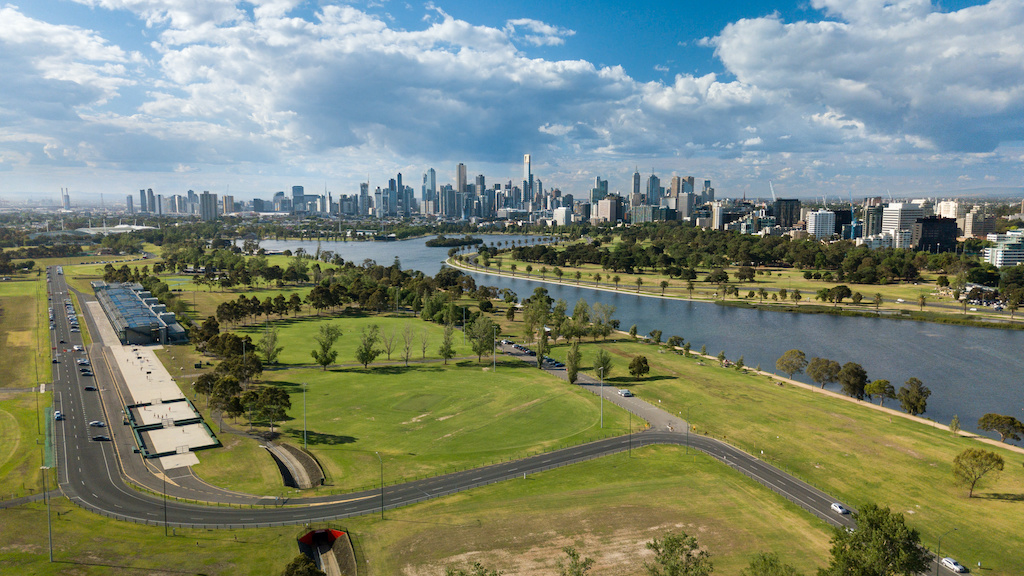 The Australian Grand Prix is held in Melbourne and used to be the first Grand Prix of each new season, in 2022 it’s the second race..

Melbourne is a bustling and vibrant city and is the capital of the state of Victoria, and with a population of 5 million is the second city of Australia.

You can combine the Australian grand prix with a fantastic city break and enjoy amazing international cuisine. It has an amazing waterfront area and incredible golden sandy beaches.

The race has been held at the Albert Park circuit in Melbourne since 1996. It uses a mainly public roads and winds in and around Albert Park in the centre of the city.

It’s 5.3KM long and features 16 turns. The circuit for the Australian Grand Prix is fast flowing, but has few long straights, and in places the track is very narrow.

All the teams, drivers and media people love the Australian Grand Prix – not only is the first race of the season, but almost everyone describes it as the most friendly. It lives up to the tagline – “What a great place to race!”

Turns 11 and 12 provide the most overtaking action, as they are basically a very high speed chicane. As it’s mostly a street circuit, there are few run off areas, and therefore any mistakes often spell a retirement. Martin Brundle’s spectacular “flying” crash at the start of the 1996 race, remains an iconic image.

The Australian Grand Prix often throws up surprises, and that’s reflected in the fact that the most successful race winner there, Michael Schumacher, only has 4 wins.

If you like street circuits, you’ll love the Australian Grand Prix, but above all, go for the atmosphere, the parties are legendary!

As well as enjoying a race that over 300,000 attend, you’ll love Melbourne if you enjoy a laid back, foodie vibe.

There are the usual grand stands at the Australian Grand Prix – on the start / finish straight and in various corners.

But the most common advice for this one is to go for General entry, which will get you access to the park at the centre of the track. From there, you’ll find any number of good view points, be able to enjoy the many parties.

You can also visit M lane, where you’ll find a whole row of gourmet food trucks, and the Heineken tent where you can enjoy live music.

It’s also worth noting that although the Grand Prix event takes place on the Friday to Sunday, the circuit opens of the Thursday, with a full day of racing and an air show.

Request a quote for the Australian Grand Prix