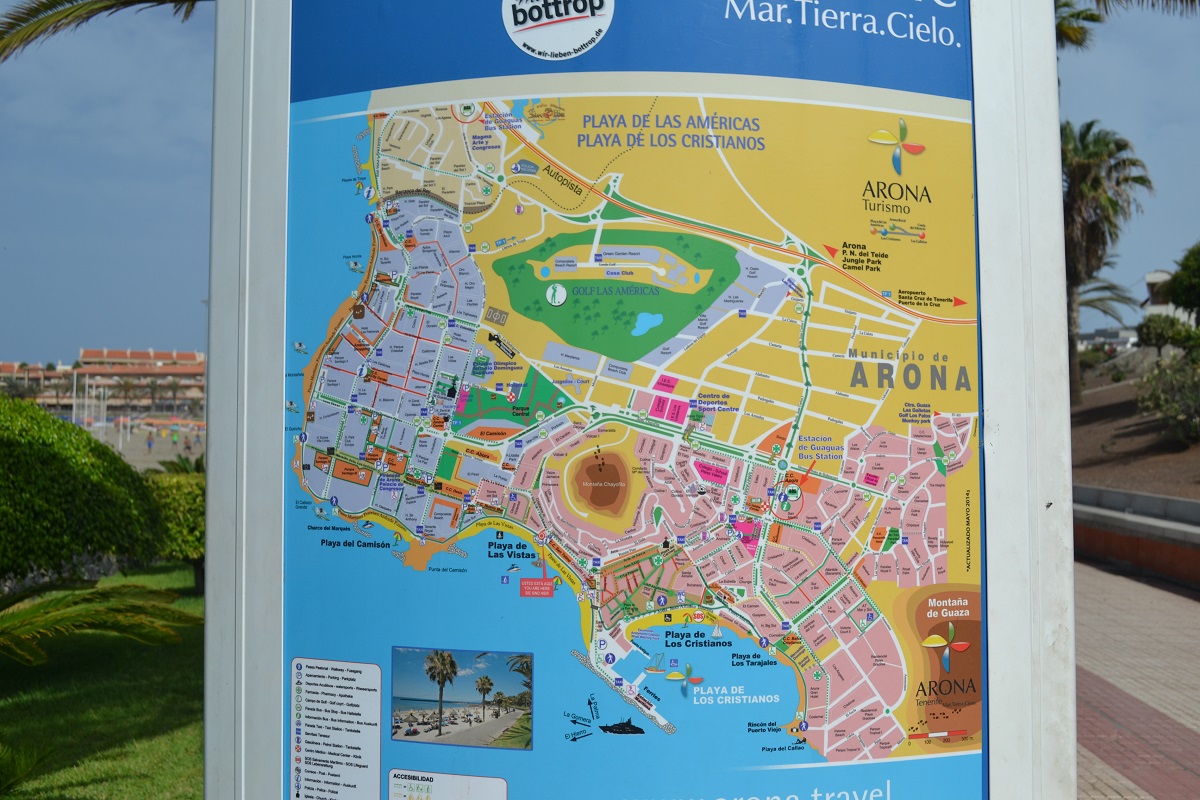 The day had come, we steeled ourselves in readiness to explore the “tacky” side of Tenerife and headed for the holiday resorts on the South coast. We decided to start at Los Cristianos and walk along the front, after a few minutes, we looked at each other in surprise, this wasn’t anything like what we had been led to believe. There was a wide tree lined promenade with benches, boardwalk and paving. The shops, bars and restaurants were very much like those that we’d expect to find in the holiday resorts of Lanzarote. The price of a pint was advertised at 95 cents which is considerably cheaper than our average of €1.50 – €2.50 for a large beer and we spotted the local cannabis supporters club! The one thing that did surprise us was the amount of mobility scooters being used and the quantity of hire shops in the area. Many of them appeared to be carrying two people with no obvious disabilities or walking aids on board. Were these being used by lazy tourists? There wasn’t a clear cycle lane marked so cyclists and mobility scooters were forced to weave in and out of the pedestrians. Los Cristianos was a small fishing village until tourism arrived and it was developed into the second largest resort on the island. The front is flat and very pedestrian friendly, there are two main beaches, one on each side of the harbour, which has a selection of boat excursions and inter island ferry connections available. There’s a subway connecting the beaches, we stopped to admire the textured murals created by Francisco Mesa before passing through to the otherside and the beach of Playas de Las Vistas. It’s easy to see why Playa de Las Vistas is the popular beach out of the two in Los Cristianos, this is a wide sweeping beach with golden sand imported from the Sahara and an inflatable floating waterpark in the bay. Although for me, I quite liked the bustle of the town beach in Los Cristianos where you can watch the boats in the harbour.

In our opinion and from the perspective of the seafront, the holiday resort of Los Cristianos is clean, nicely planted and well kept.