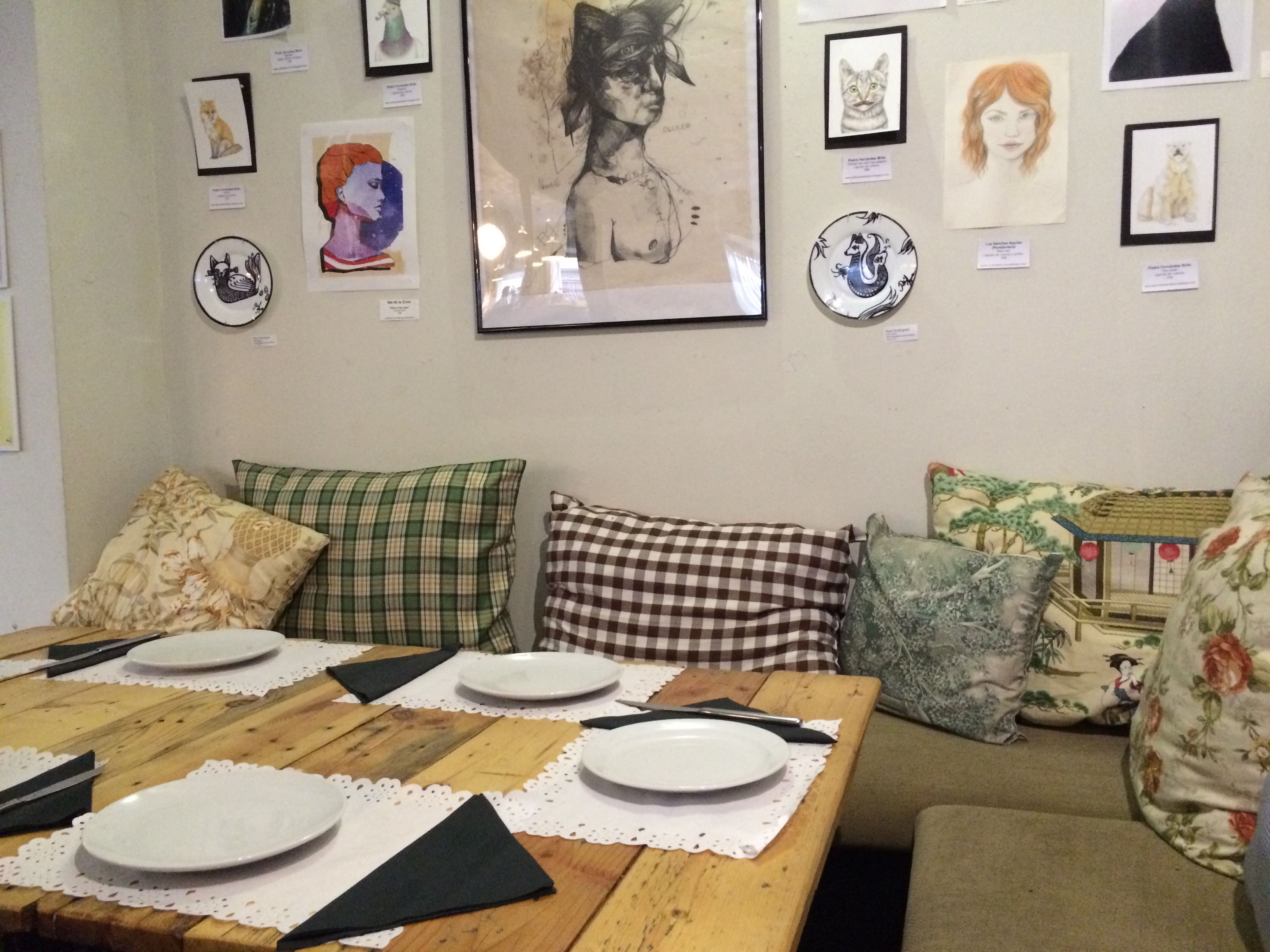 We headed down towards the harbour area of Santa Cruz, and stumbled on a cobbled pedestrian street running alongside the huge barranco that comes down from the mountains. It’s basically a whole street of restaurants, and we walked the length of it until we were drawn into La Concepción. You know how sometimes you just get a feeling about a place?

Inside it was cosy and there were several other tables in use. The decor is modern and unusual – for example, there’s half a bicycle embedded into one wall! We checked TripAdvisor and the reviews were good, with several people recommending the rabbit, which Julie was looking forward to trying.

Sadly, we were told it would be at least two hours before the rabbit would be ready, so she went for duck croquettes to start and chicken goujons for her main course, and I elected to try the hummus and flat bread starter followed by shredded beef. As you can see, the menu is a real hybrid of different styles. We loved the service, which was fun and informal, and we enjoyed the fact that you could see the female chef working away in the kitchen.

Both starters were delicious – the croquettes particularly so. Julie was a little disappointed in her main course – the zig zag chicken was well cooked, in a light crumb, but lacked seasoning. It was a big portion, and was just too much of the same thing. My shredded beef was exceptional. I’m guessing it was a cheap cut of beef, painstakingly slow cooked to the point you could shred it with a spoon. Incredibly tender, and full of flavour. It was served with a tower of stick potatoes.

We tried a bottle Tajinaste, which is a fruity local white, and it went very well with the food.

We liked La Concepción – the food is unusual, the decor fascinating, and the service great. Main courses are from €10 to €15, so its good value too.