What To Drink In The Canaries 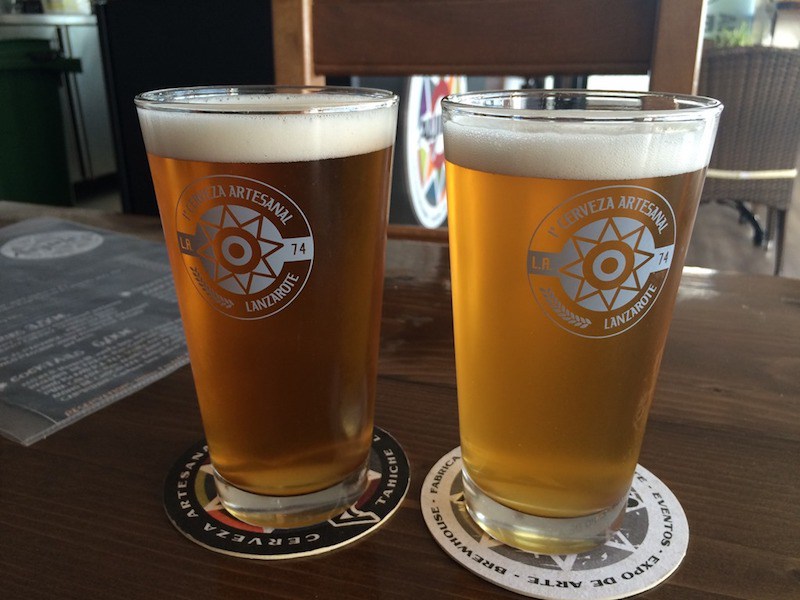 Many people default to Sangria when thinking about what to drink in The Canaries. But Sangria, although you’ll find it on offer everywhere in the resorts, isn’t typically drunk by Canarians.

Here’s what we do drink regularly on the islands:

Yes, I know, it’s boring. But the truth is, with our high temperatures and dry air, everyone drinks water all the time. Either “Con gas,” which is fizzy water, or “Sin gas.

The tap water isn’t very pleasant, as it comes from desalination, so you’ll find everyone drinks bottled water, and it’s cheap and you’ll find it everywhere. It comes in handy 300ML bottles for a quick drink, and in one litre, five litre and even 8 litres containers for the home. Drink at least 2 litres a day.

We do have a real coffee culture here in Spain, but it’s different to northern Europe. You won’t see people drinking coffee out of a cardboard cup walking down the street. We “go” for a coffee – “Vamos a tomar un café,” which means we are going to have a coffee.

You’re also not likely to find the plethora of different options you might find at a Starbucks, but it will always be good coffee, freshly ground. The most common is a Café con leche, which is coffee with frothed milk, but also try a Cortado Condensada, made with condensed milk or a Carajillo, which has a shot of Liquor 43 in it. For the full works ask for a Barraquito!

The two Canarian breweries are Tropical and Dorada, and their staple beer is a light lager, which is served ice cold, and often in frozen glasses. Canarians tend to order “Cañas,” which is a small glass of beer – because a large one, a “Jarra,” gets warm before you’ve finished it.

There are some craft breweries springing up around the islands now, so you can get a real ale or two here, and both Dorada and Tropical make premium bottled and dark beers.

Some excellent wine is made in the islands. But the quantities are small, so you generally won’t find them on sale outside The Canaries. The whites tend to be made from the Malvasia grape and are light and drunk young. The sweet whites from the Moscatel grape are genuinely world class and win awards all the time.

The reds made here tend to be robust, and of variable quality. Many farmers make their own brews, which can be lethal!

When it comes to spirits, Rum is the daddy for most Canarians. You’ll find everything from super cheap white rums, to well aged dark runs of very high quality. The good ones are fabulous as “sippin” drinks, and the cheapies are fabulous with coke – that’s a cuba libre.

You’ll also find honey rum – “Ron miel,” all over the islands. It’s not strong and is very sweet, and is often served as a freebie “chupito” at the end of a meal, with your bill.

Of course, being duty free, you can get pretty much any type of alcohol you want on the islands, but those are the staple drinks most Canarians enjoy daily. Salud!