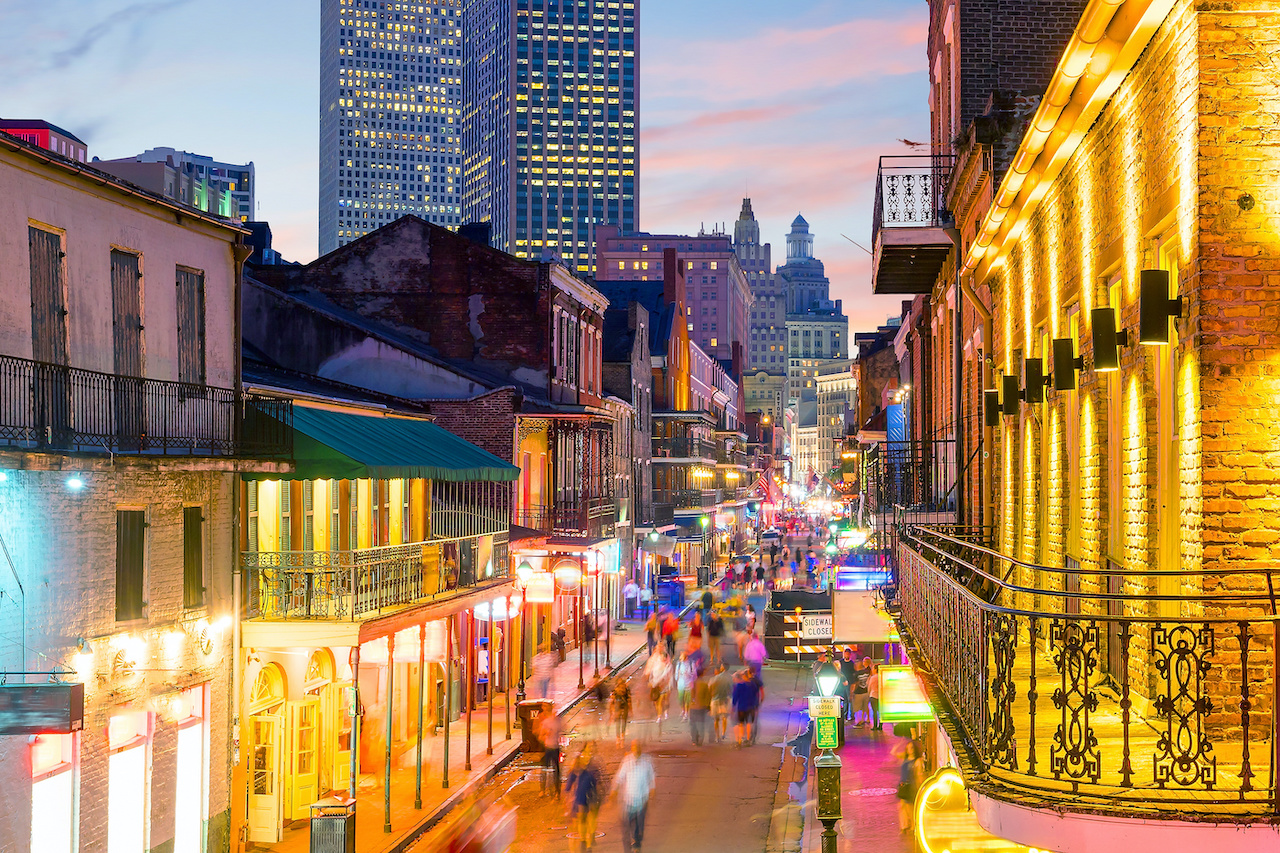 Country, blues & jazz music will be your soundtrack during a visit to these three iconic music cities in the USA.

We can build a tailor made package to experience Nashville, Memphis and New Orleans to suit your travel style and budget. Our recommendation is to spend at least 3 nights in each city. Normally we recommend flying internally, however we can also arrange a road trip with car hire, or public transport with Amtrak & Greyhound bus, as well as small group guided tours. Adding on a cruise from New Orleans is a popular optional extra.

A show at the Grand Ole Opry

We’d plan your trip to experience a Friday night at the Grand Ole Opry. This weekly country music show is the one that made country music famous, and dates back to a barn dance in 1925! Often you have to book tickets before the acts have been confirmed, or risk the event being sold out. Recorded in 30 minute segments for radio, it’s a fabulous evening of entertainment including a variety of performers.

An evening on the Honky Tonk Highway

A Honky Tonk is defined as an establishment that contains at least one stage, cold beverages, and a party that lasts all day, every day! Head to lower Broadway in downtown Nashville to experience live music every night of the week.

A tour of the Jack Daniel’s Distillery

No visit to Tennessee would be complete without tasting a bourbon. The flight of Jack Daniel’s Tour includes a visit behind the scenes to understand the production process. Followed by a tasting at the  historic Barrelhouse 1 – 14, where you’ll sip a flight of five Jack products.

A visit to the Country Music Hall of Fame & Museum

Known as the “Smithsonian of country music” due to the size and unrivalled collection of music memorabilia. Visitors are immersed into the history and sounds of country music with various media including photographs, video, recordings & touchscreens.

Memphis is famous for the influential strains of blues, soul and rock ‘n’ roll that originated there. Elvis Presley, B.B. King and Johnny Cash recorded albums at the legendary Sun Studio, and Presley’s Graceland mansion is a popular attraction. Other music landmarks include the Rock ‘n’ Soul Museum, Blues Hall of Fame and Stax Museum of American Soul Music.

An evening on Beale Street

Beale Street in downtown Memphis is the home of blues music. Stretching almost 2 miles from the Mississippi River to East Street, visitors can enjoy a vibrant array of nightlife & live music in this area of the city.

Choose from a daytime sightseeing cruise, or dinner & music cruise, aboard a paddlewheeler for a historic experience on the River Mississippi.

New Orleans nicknamed the “Big Easy,” is known for its round-the-clock nightlife, vibrant live-music scene and spicy, singular cuisine reflecting its history as a melting pot of French, African and American cultures. Embodying its festive spirit is Mardi Gras, the late-winter carnival famed for raucous costumed parades and street parties.

Shop at the French Market

This open air market place originated as a Native American trading post in 1791. Visitors can explore five blocks of shops from Cafe du Monde (near Jackson Square) to the flea market (end of Esplanade Ave). Take a coffee break at Cafe du Monde, order beignets with cafe au lait. Enjoy the taste of New Orleans cuisine with Gumbo, Crawfish, Jambalaya & Po-Boys from one of the food stands.

An evening on Bourbon Street

Bourbon Street runs 13 blocks through the heart of the French Quarter, from Canal Street to Esplanade Avenue. Upper Bourbon is popular with visitors seeking the neon lights and party atmosphere. This area of New Orleans morphed from residential homes into entertainment establishments when the Red Light District of Storyville was established nearby.

Savour the beauty and romance of New Orleans skyline aboard the authentic steamboat Natchez. Enjoy city views from the river, with casual buffet style dining accompanied by live jazz music from the Dukes of Dixieland.