A Bus Trip To Stanley In Hong Kong 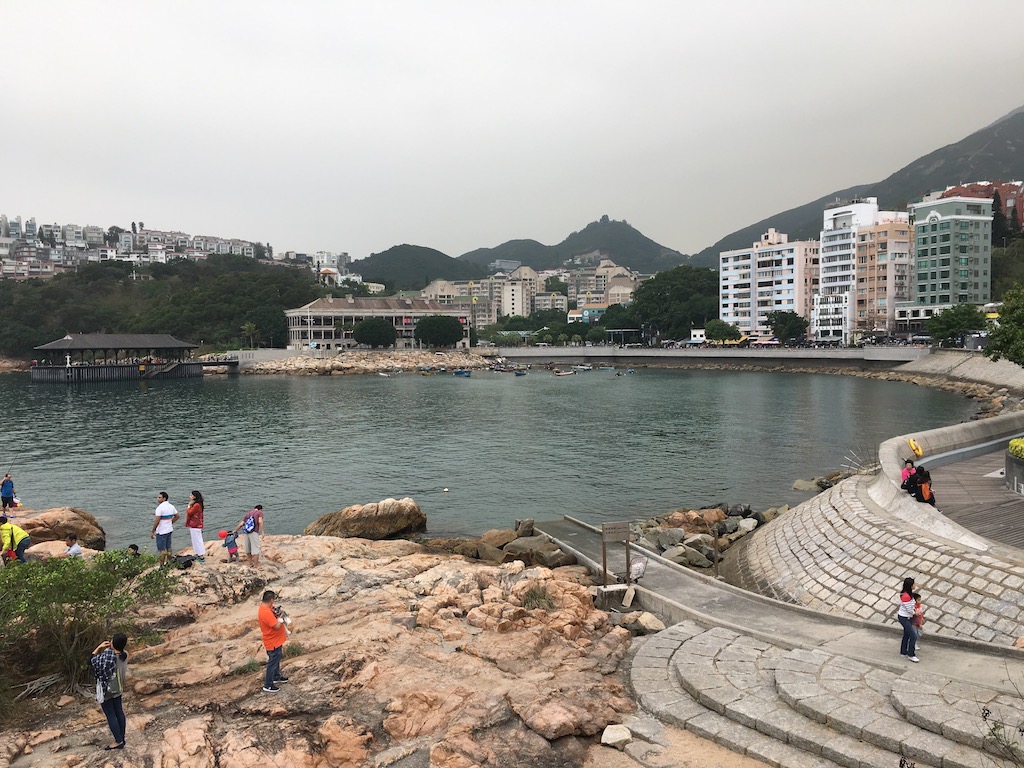 We decided to head for the coast on the other side of Hong Kong on Saturday morning. We took the MTR into Central and then caught the 260 express bus to Stanley from the Exchange Square bus station. It wasn’t easy to find the bus station, the signs from both Hong Kong station and the IFC shopping centre were terrible! There’s several buses to Stanley, the 6, 6A, 6X and 66 stop had a long queue, we spotted a small line of people waiting for the 260 so jumped aboard this double decker bus, heading straight for the top deck. Our tip for this journey is to sit on the right and as far front as possible to enjoy the coast road views to Deep Water Bay and Repulse Bay on the way out to Stanley. There was a mass exodus off the bus at the Stanley village stop, the start of the market was easily visible across the road, it’s open daily from 9am to 6pm. It’s not a big or particularly friendly market, lots of the stalls have no touching and no photos signs displayed, so don’t visit Stanley for the market alone. We liked this stall who makes stamps and pictures of your name in Chinese characters, and ordered something to take home as a present.

The seafront of Stanley is lovely, we really enjoyed eating lunch in this location. There’s a good choice of eateries along the promenade and it’s great people watching.

The Aqua Luna Junk offers an boat excursion to Stanley on Saturdays. We watched it arrive, their crew are so skilled at docking, they lasso the mooring rope on arrival and simply flick it to release on departure, without a need to set foot on the pier.

There’s a lot of history in Stanley, this village was known as Chek Chu and the most populated area of the island before the British arrived. Now named after Lord Stanley, the Tin Hau Temple is the oldest building dating back to 1767. Murray House is one of Hong Kong’s oldest buildings, this 3 storey colonial property was dismantled in the Central District to make way for the Bank of China and reconstructed on the waterfront in Stanley. It is now home to a selection of retail outlets and restaurants. Blake Pier at Stanley adds to the elegant waterfront of Stanley and was also transferred from the Central District. Originally known as Pedder Wharf, and named after Sir Henry Blake this pier used to be the landing place for British royal dignitaries visiting Hong Kong.

We watched a variety boats on the water here, including two women fishing for sea urchins, dragon boat teams training and dingy sailing, as well as some seriously expensive yachts exploring the bay. There’s also a nice beach area if you follow the promenade on the otherside of the bay to the pier.