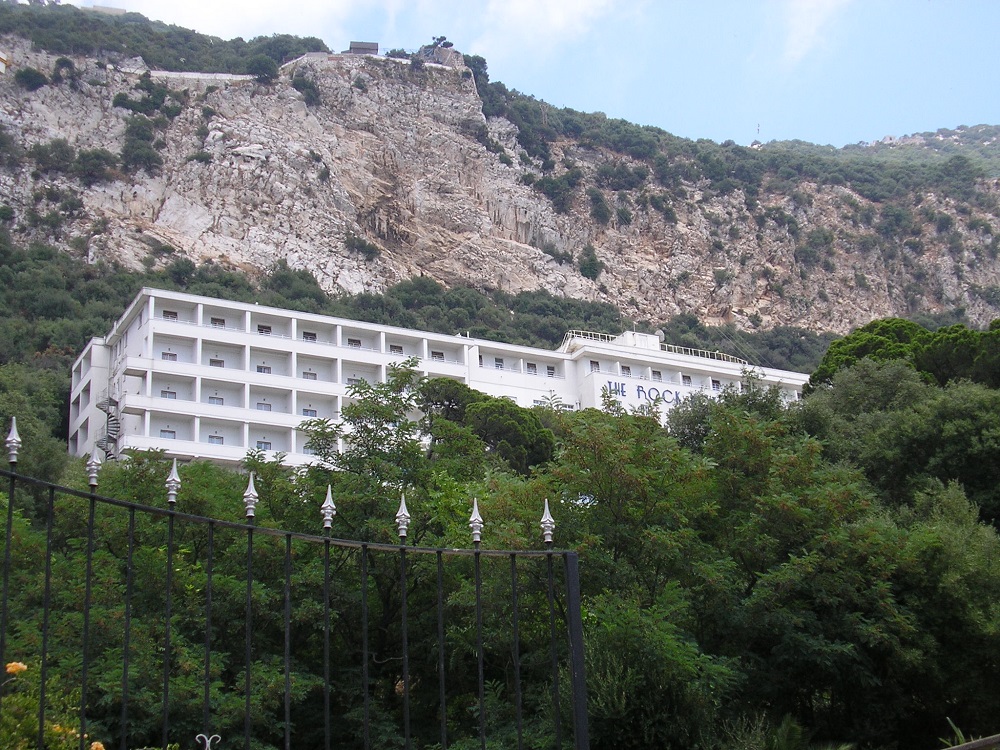 We had arranged to meet a bunch of friends from the UK in Gibraltar, for the boys to go diving, while the ladies enjoyed some sunshine. In order to extend our own holiday, we decided to fly into and out of Madrid, and to drive down one side of Spain and up the other. I’ll cover the road trip part in another post, but this one is about Gibraltar.

The rock is an oddity – clearly joined to the mainland of Spain, but a British territory, it has been the subject of disputes between the two countries for generations. You approach it via a town called La Linea, which is one of the few unpleasant places I’ve been to in Spain, and then you have to deal with the border control – something we’re just not used to in Europe these days. We caused some confusion arriving in a Spanish plated car, with British passports, but Spanish driving licences, but they let us cross in the end.
The main road to Gibraltar actually crosses the runway, so there’s a level crossing system to pause the traffic anytime an aircraft comes in the land! We’d booked into The Rock Hotel, which is one of Gib’s oldest and best known properties, set half way up the mountain with spectacular views of the very busy harbour, and with Africa in the distance. Staying at The Rock felt like being on an Agatha Christie movie set – the place is very much stuck in the 1930’s, with little decanters in the room (Whisky for Sir and Sherry for Madam) and the traditional pre-dinner cocktail hour where the Champagne flows. The service was excellent, especially from the white short clad waiters around the swimming pool. The rooms aren’t fabulous by modern standards, and the food is good without being exceptional, but overall it’s an interesting and unusual place to stay, and I’d certainly book it again for my next visit. We’d pre booked a dive boat for our trip and we met with the crew on the first morning. I won’t bore you with the details, but the diving is really interesting, with many wrecks to explore, especially along the harbour wall, and reasonable visibility. It did shock me how cold the water was – with an air temperature of close to 40 degrees, it was a real shock to get into water than was at 13 degrees!

Gibraltar does feel very “British.” The police look like British police, the phone boxes are red, the currency is the pound and there’s even a Marks and Spencers there! Most of the bars and restaurants have a very British feel to them. For us, it was interesting and exotic, for the Brits it felt too much like home. Exploring the history of the place is fabulous – Gibraltar is at the crossroads of The Atlantic and the Med, so strategically, it has always been vital. There are tunnels built into the rock leading to huge gun emplacements, complete with hospitals, offices and dormitories. There’s a cable car which takes you right to the top of the rock, where the views to Spain and Africa are simply amazing. In many ways, it’s an anachronism, clinging on to its colonial past, but it’s a fascinating place to visit, and well worth a few days, even if you aren’t a diver!