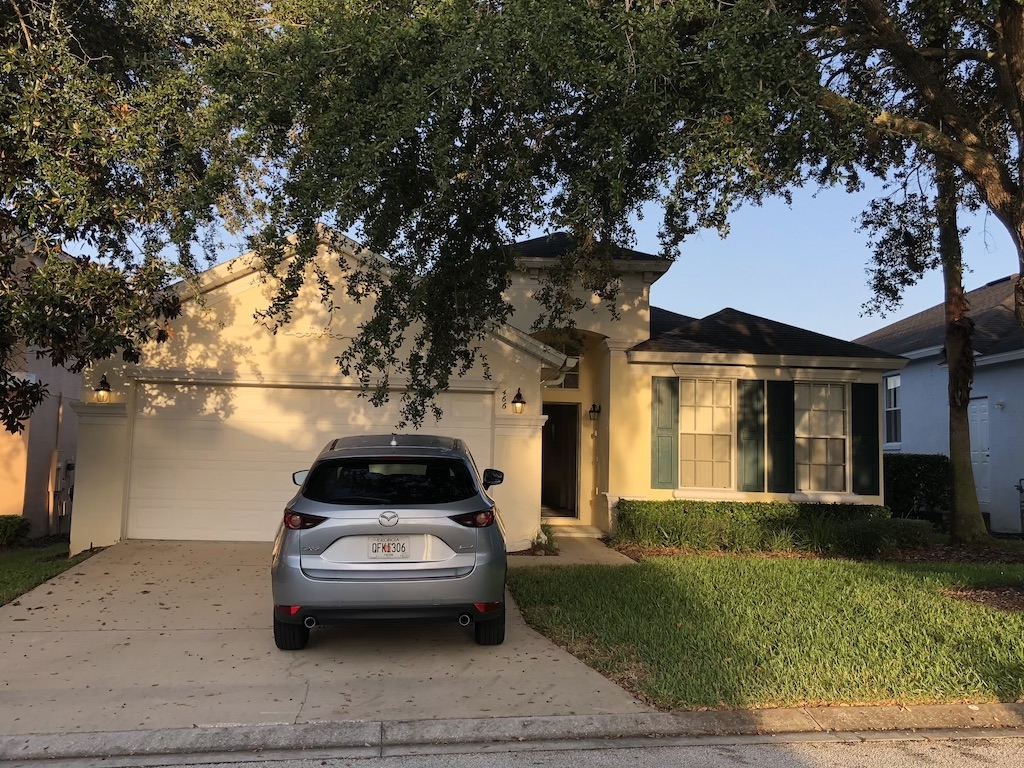 We spent almost a month in Florida in November 2018, with a view to really understanding the state, so we can advise our clients much better. Here are my thoughts:

We stayed in a villa with private pool in Orlando. We loved having a base in the state, and it didn’t stop us from travelling around Orlando and staying in hotels, but it was nice to come “home” to blazing wifi, freezing air conditioning and our own stuff.

Most villas are on the outskirts of Orlando, so you need to prepare yourself for some driving. The traffic is pretty bad, especially mid morning and in the evenings, when I4 become a bit of a car park. We hired a Mazda CX5 SUV and invested in a screen mounted chip to pay our tolls. Our total spend, with nearly 3,000 miles travelled was only around $30, so the price is low, but the fines are high if you don’t pay.

Our villa was in a lovely community and we saw several similar – beautifully kept gardens and nice properties. They almost all have private pools, with what looks like large conservatories on them, which are covered in fine netting to keep mosquitos out.

Orlando is totally geared towards the theme parks, so if that’s what you’re going for, you won’t be disappointed. Universal and Disney basically own the town, so signage is excellent and everything looks fabulous. The planting is just amazing throughout Orlando, and it’s a real pleasure to drive or walk the streets.

We loved “Old town” with it’s old fashioned funfair, and Celebration, which is a town Disney built and which feels like a 1950’s move set. Winter Park was also interesting, and very upmarket, and of course, International Drive is like the Las Vegas strip, although much longer.

I wouldn’t choose to holiday in Orlando, unless I was visiting the theme parks.

We stopped in Fort Lauderdale en route to Miami – what a fabulous place! It felt very “rich,” and every property seemed to have progressively larger yachts moored alongside.

Miami was exactly as I’d hoped – buzzing, lively and full of beautiful people. The beach there is gorgeous and little Havana was fascinating, if a little too “touristy.”

We spent a couple of days over at Tampa and St Petersburg. Tampa has the feel of a “real” city – where other places in Florida can feel a little like you’re on the set of a film. We loved the waterfront area and had some fabulous sea food.

St Pete’s Beach is rightly legendary, and there are also hundreds of small islands on the coastal area.

I had been really excited about going back to Key West 20 years on from my last visit. But ultimately, I was disappointed. The keys are still beautiful, the water still crystal clear, the sunset breathtaking and the lifestyle very laid back. But somehow it all felt a little fake and contrived, and I got the feeling everyone there is out to make a buck from tourism, Hemingway cigars or whatever else they can sell. Maybe I’m getting more cynical, or perhaps I was tired from the very long drive down there.

Naples is at the other end of the scale from the keys. We were there after Thanksgiving weekend, and there was a constant stream of private jets taking off from the airport there, which gives you an idea of what sort of place it is – super upmarket. Every street, house, shop, even people’s cars are just immaculate!

The beach there is also lovely, and is famous for shells, pelicans and dolphins.

We’d always planned to visit the Cape Kennedy Space Center while we were in Florida, and we secretly hoped we could time it with a launch, and we were lucky enough to do so. We witnessed the launch of a Space X rocket and it was one of my life’s most amazing experiences. And the space center itself is well worth visiting – they have a complete shuttle there and even a Saturn V.

And finally, our experience of the whole trip was snorkeling with manatees. An incredible experience and a real privilege to swim with these docile creatures.

Florida has a lot to offer – it doesn’t just have the world’s best theme parks, it can also offer vibrant city life, some of the best beaches I’ve ever seen, in both The Atlantic and The Gulf of Mexico, and a real cultural mix, from the old fashioned southern charm to the Hispanic and Black communities, interspersed with many people of Asian origin. It’s a fascinating melting pot.

Add in great weather – we had temperatures in the 90’s in November, and the amazing American standards of service, and it’s a fabulous place to visit at any time of year.