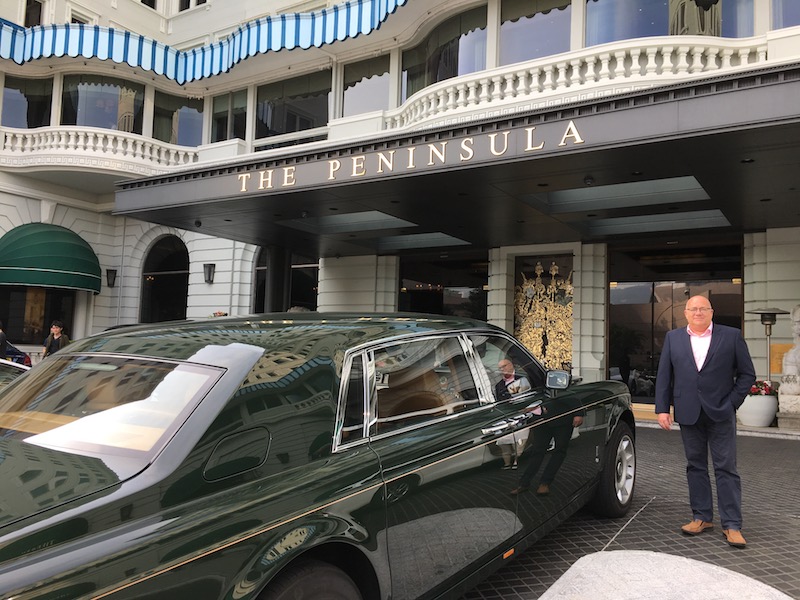 This was a very personal trip for me – I was born in Hong Kong and lived there until I was 12 years old. I was hoping to find a few of the places I remembered, but also to look at it objectively as a holiday destination.

I have to admit, that when Britain handed Hong Kong back to China in 1997, I expected it to lose it’s identity and to be absorbed into the communist People’s Republic of China, but I’ve been delighted to see that the Chinese, recognising the incredible value of the city, have allowed it to continue to prosper and have given it reasonable autonomy under their “one country, two systems” mantra as a “special administrative region.” The bottom line is that the city remains the economic power house of the far east, and continues to be a vibrant, exciting and hugely multi cultural place.

Astonishingly, so much of the Hong Kong I remember remains today. I was even able to visit the road I lived on, recognise places I played, walk around a park I visited so many times, ride the tram that used to take me to school, and sail across the harbour aboard ferries that were in my time the only way to get across from the island to the mainland.

There is much more to Hong Kong than the city, and the amazing shopping, and we travelled to Stanley, Aberdeen, as well as deep into the New Territories, where life is slower, the beaches are beautiful and much of the colonial past remains intact.

But it is the ultimate city break. You constantly have the feeling that you can buy anything in Hong Kong, at any time of the night or day, and that anything is possible. On the island, the shopping centres in central rival those in Dubai, and across the water in Kowloon, there are streets and streets of some of the world’s top shops, interspersed with “make you a suit in a day, sir” tailors and all surrounding the Temple Street night market.

Don’t even think about hiring a car when you visit Hong Kong. Their integrated transport system is the best anywhere in the world and is extremely cheap. Buy an Octopus card when you arrive, and you can use trams, buses, taxis, ferries, the subway and surface trains. We didn’t wait more than 5 minutes to go anywhere, and each journey cost less than the price of a drink. Another thing that struck is how clean everything was – almost no litter, and the subway looked brand new. Transport does get very crowded at rush hour times, but if a train or bus looks too full, let it go, as the next one will be along shortly.

We travelled in the expectation that Hong Kong was going to be really expensive, but it isn’t. Of course, if you shop in the Gucci store, and dine in the snazzy hotel restaurants, it can be quite pricey. But eating in normal restaurants and buying clothes generally was similar to, for example Madrid. And if you go for street food, you can eat amazing meals for under €5 a head. There’s stiff competition on electrics and other consumer goods there, as well, so you can find some real bargains. I bought an Apple watch from the largest Apple store I’ve ever seen.

The majority of the population is Chinese, but almost everyone there speaks English, so language is seldom an issue. The Chinese temperament is not pushy, so you’re generally free to browse in shops and on market stalls, but they do like to bargain with you, so don’t take the first price offered.

Here’s an odd thing. When we explore a place, we like to walk as much as possible, and our habit is to take regular breaks in bars to rest our feet and have a cold beer. But we really struggled in Hong Kong – there are very few bars for some reason! There are plenty of restaurants and coffee shops, but it was extremely difficult to find a “proper” bar, without resorting to going into a hotel. So when you do spot one, dive in!

We stayed in The Harbour Grand North Point, which faces the harbour, and we had the most amazing room with double windows. There’s a huge range of hotels both on the island and in Kowloon, and we visited a few of them to get a feel. All seem to have excellent service, and offer a mix of oriental and international food. If you’re thinking of a visit, we can give you first hand experience on several places.

It’s a long fight to Hong Kong. We flew non-stop with British Airways on an Airbus A380 and it took around 13 hours. It’s worth paying the extra to get the premium economy seats upstairs on the 380, as they are in pairs if you go for one with a window, but if you can afford it, upgrade to business or first, as the lie-flat beds are really worthwhile on this kind of journey – a good night’s sleep leaves you ready to tackle the city!

Other options are to fly Emirates or Qatar, and break the journey in Dubai or Doha, and in that case it would even be worth spending a night in an airport hotel.

Unequivocally, yes! Especially if you are heading to Australia or New Zealand – break your journey with a few nights in Hong Kong. It remains a fascinating and enigmatic place, thriving on it’s unique mixture of eastern and western culture. I’m not sure I’d recommend it for longer holidays, though. Although the beaches are fabulous, the pace of life is pretty frenetic, so don’t expect a restful holiday in Hong Kong.

I’m pleased to report that Hong Kong retains much of the character of the place I remember so well from my youth. It’s unique and very special, and it’s somewhere everyone should strive to experience at some time in their lives.

I already want to go back.