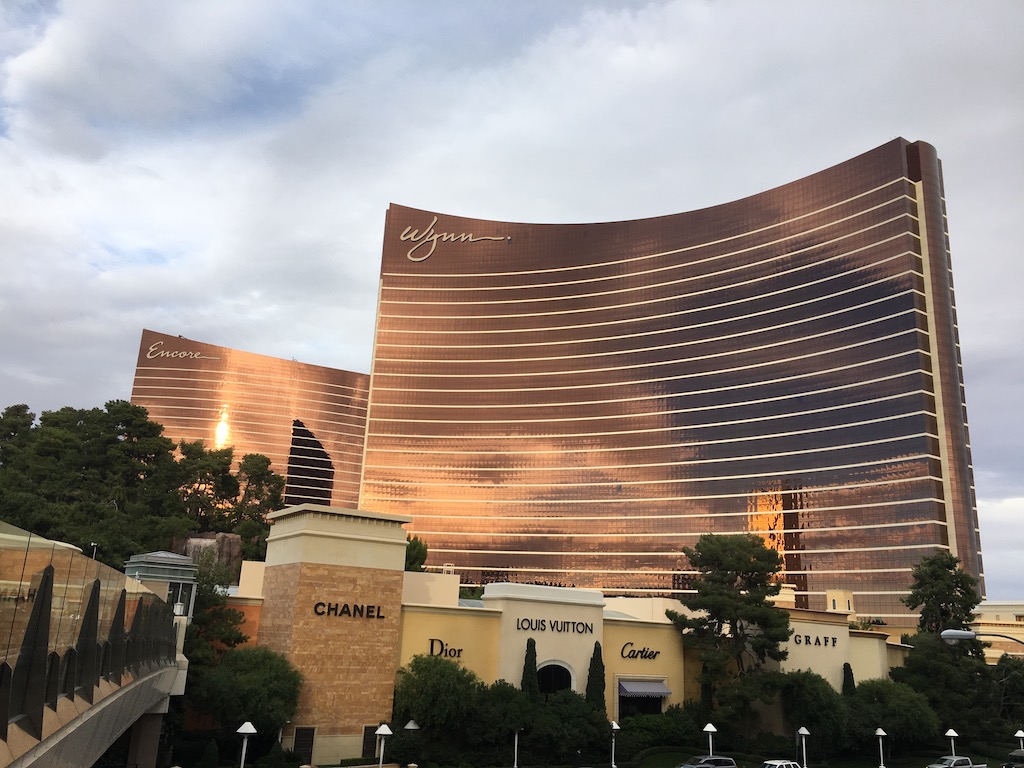 You can’t visit Las Vegas without taking in a show, and there’s a staggering choice available.

We were torn between one of the Cirque de Soleil shows or Le Rêve which was voted “Best Production Show” in Las Vegas for 6 consecutive years. As we were open to what to see, we waited until the day and bought tickets through Tix4tonight, saving 22% off the standard ticket price.

The 360 degree Wynn theatre is very plush and comfortable, we were seated on row H in section C and had a perfect view throughout the performance. The centrepiece of the theatre is a pool which holds 1 million gallons of water, this has an amazing stage which splits and lifts according to the scene and it’s 27 feet deep in the middle. Lights reflect on the water to set the mood, there are spectacular water and fire elements to the show. There is an abundance of performers, 91 of them in total and they all have to train as scuba divers before being allowed on stage. The show is supported by 175 technicians behind the scenes. No expense has been spared to create one of the top shows in Las Vegas.

A live band situated within the three clock towers perform the score which was composed by Benoit Jutras.

Be prepared to be wowed, you will be left wondering at the stamina, bravery and agility of the performers. There are some spectacular scenes with underwater tango, dancing fountains, daring high dives and acrobatics.

The story depicts a couple and a wedding proposal, with a journey of dreams including Morpheus an ancient warrior, four angels and a comic quartet. The show evolves and is re-choreographed every six months to keep it fresh. Usually shows in Vegas cost up to $40 million, it’s reported that Steve Wynn paid $75 million for the custom theatre, and $35 million for the production when it was first launched in 2005, and an additional $10 million since.

Our tip: The VIP seats are in the style of armchairs around the top of the theatre and include champagne and chocolate covered strawberries during the performance. The extra special bit is that these seats have television screens that show backstage and underwater footage of the live performance, adding that extra dimension.