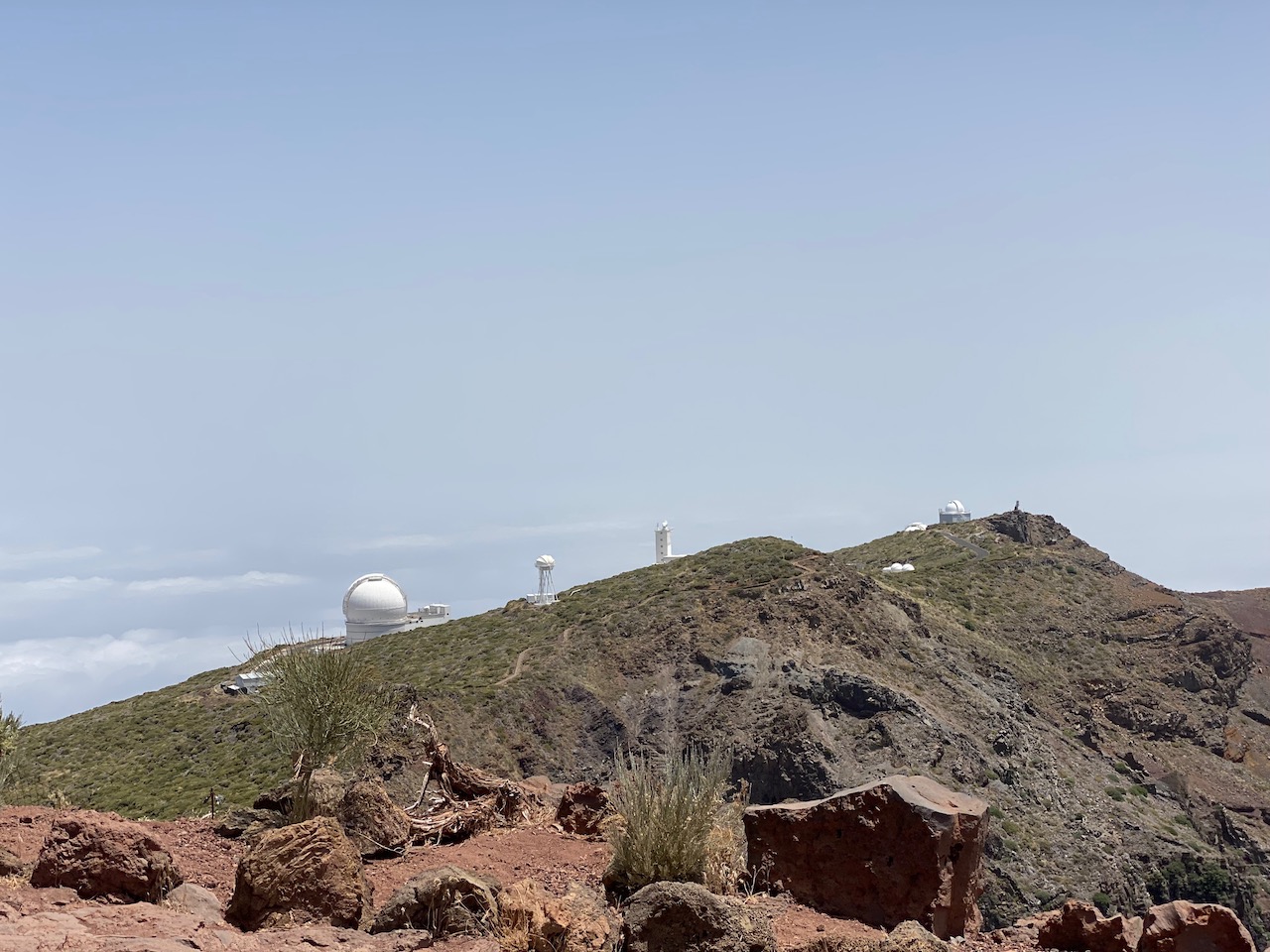 La Palma is an island and is often confused with Las Palmas, which is the capital of Gran Canaria. It’s the most north westerly on the islands and is the fifth largest, the capital is Santa Cruz de la Palma. It rises spectacularly out of the ocean, and its peak, Roque de los Muchachos is second only to the mighty Teide on Tenerife, at 2426 metres.

This Canary Island is famous for star gazing, due to the low level of light pollution. The Roque de los Muchachos Observatory (ORM) can be found on the rim of the Taburiente National Park, at 2396 metres. This observatory has one of the largest arrays of telescopes in the world.

The island is heavily forested.

The airport of La Palma is located in Breña Baja, about 8KM south of the city of Santa Cruz and serves several international destinations and local flights to Tenerife and Gran Canaria.

There is a ferry port in Santa Cruz which runs services to and from Tenerife.

La Palma doesn’t have “Holiday resorts” in the traditional sense, but most holiday accommodation on the island is on the east coast around Puerto Naos and up to los Llanos, and in Santa Cruz.

Accommodation on the island is a mixture of private owned rental properties, with some bed and breakfast accommodation interspersed with fairly small hotels. There are some fascinating boutique style hotels on the island as well.