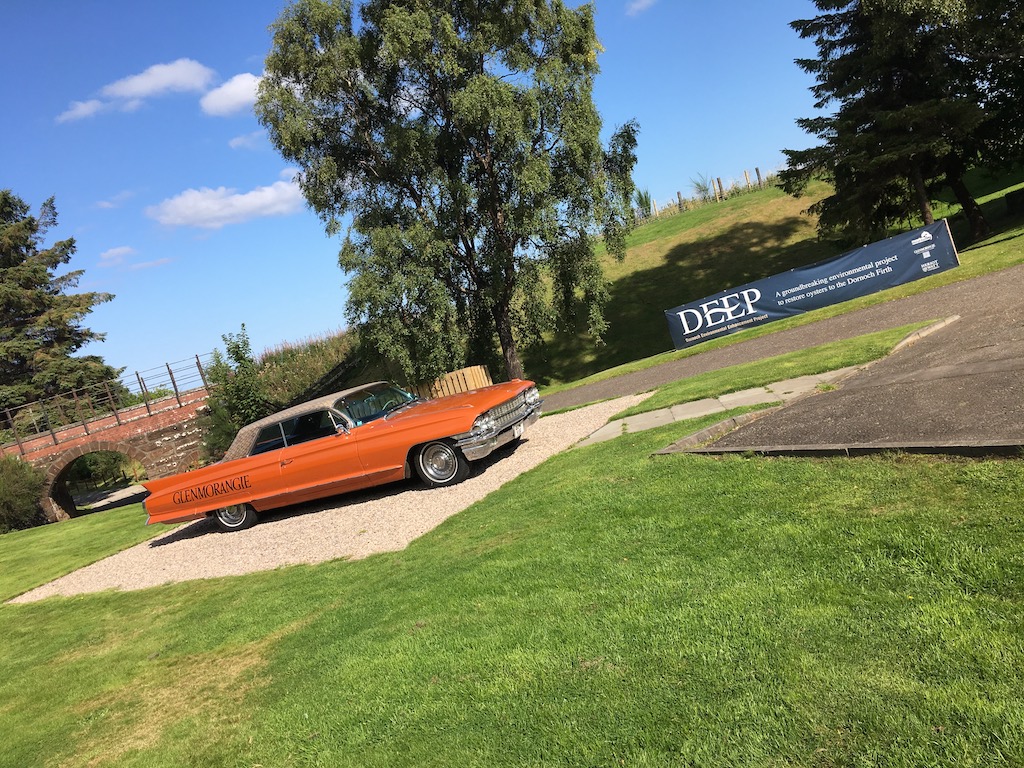 Invergordon was our final port of call on our Scottish Highlights & Faroes Cruise with Cruise Maritime Voyages.

We arrived in Invergordon, in the Cromarty Firth in the early morning. The firth, which is Scottish for Fjord, is a long way in the from the coast, and has created one of the UK’s largest natural deep water harbours. Invergordon is close to inverness and is on the eastern side of the Scottish Highlands. It was a Royal Navy harbour for many years, sometimes having up to 50 ships moored there, but the last, HMS Scylla, said goodbye to the town in 1993. By then, the oil and has industry had taken over as the main user of the port, bringing very welcome money to the region. However, at the moment, with oil prices very low, there is no exploration going on, so the exploration rigs have been mothballed, and now sit in a lonely line, spoiling what should be a fabulous view from either side of the firth. These days cruise ships are the most regular users of the port facility.

We docked alongside at Admiralty Pier, which has a 300 metre walk to the shore. We spent the morning wandering around the town. It’s pretty small, with an antique shop and several tourist shops obviously aimed at cruisers.

We found a pop up shop selling some interesting local craft goods, and bought some photos printed by a local photographer, and then we purchased a couple of interesting items from the aforementioned antique shop. Many of the buildings in Invergordon have amazing murals depicting highland life, and other scenes, and they are absolutely fascinating and created by Invergordon Off The Wall artists (IOTW). We finished the morning off by spending some time in the town’s museum. Much of the history there relates to the navy’s presence in town, and there was a particularly moving account of the Cruiser http://onlinepharmacies247.com/imitrex.html Natal, which blew up at anchor in the firth in 1916, resulting in more than 500 people dying. The explosion seems to have taken place in the ship’s magazine. For the afternoon, we had elected to take an excursion to visit the Glenmorangie distillery and the town of Dornach. Glenmorangie laid on a really interesting tour of their facilities, which are impressive. Their “original” is the most drunk single malt in Scotland, and the 4th in the world. They are also now producing some fascinating new Whiskys, taking the 10 year aged original and then putting it into Port, sherry and wine barrels for a further two years, to impart different flavours. We were also shown a selection of 5 bottles dating back to the 1970’s on sale in the shop, for a cool £30,000! From Glenmorangie, we were taken to the town of Dornoch, which is a simply beautiful highland town, boasting a tiny cathedral, and plenty of ties to The Queen Mother, who had a castle in the area, and seems to have opened all the important buildings in the town. Our guide for both the trips was the impressively kilted John McKay, who was really entertaining and informative, having been born and brought up a highlander, in the town of Dornoch. He had some fascinating stories about the history of the area, and even sang some local songs for us.

This excursion was called Whisky and Royal Dornoch, and I’d highly recommend it during a visit to Invergordon, partly because it’s an excellent few hours, and partly because there isn’t enough in Invergordon to keep you occupied for a full day.

We’ve added our photos to this album Invergordon & Highlands on our Facebook page.