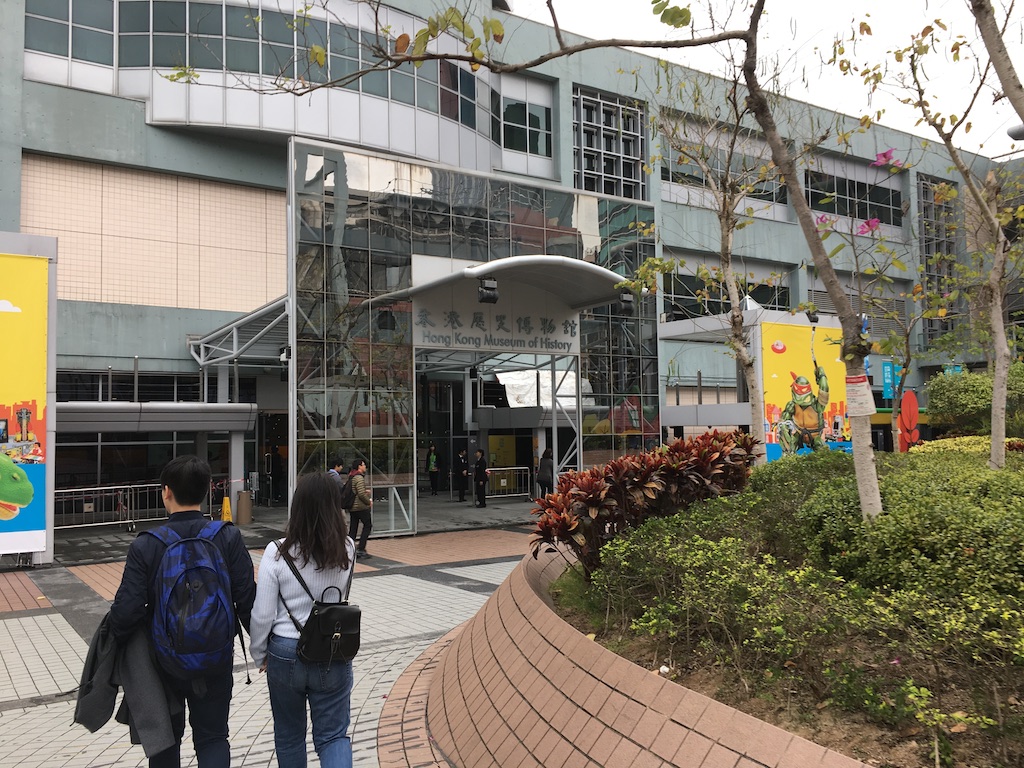 We visited the history museum while we were on holiday on the island. From a selfish point of view, I wanted to see what was there relating to my time living on the island, but I was also fascinated to find out more about the country and it’s development.

Hong Kong really only came onto the world map in 1841, when, after the first opium war, the island was granted in perpetuity to the United Kingdom, and the new territories were leased to them for a period of 99 years. The colony thrived immediately, becoming the British Empire’s base for exporting goods from the far east to the rest of the world, and apart from a brief period of Japanese occupation during the second world war, it quickly grew to be a world financial centre. In 1999, when the lease on the new territories expired, Britain “gave back” the island as well as the previously leased area, and since then, Hong Kong has been under the effective control of the People’s Republic of China, as a “special administrative region,” using the byline “One country, two systems.” I didn’t ever believe that Hong Kong could continue to survive and thrive under communist China’s control, but it has proved me wrong.

The museum covers all these periods in an interesting and informative way, even delving back into prehistoric times to explain the geology and how the area was created. The part of the exhibition on the Japanese occupation was fascinating, as was the period of massive growth post World War2, with the continued growth of the powerful “Hongs” run by westerners, and the massive land reclamation and skyscraper building programmes.

The exhibits are laid out in date order and there are loads of interesting artefacts, with detailed explanations in English and Chinese. There are also several multi media shows you can attend, if you want more detail on any particular period – they have the running times clearly displayed on the various theatres.

There’s a café and a souvenir shop on site, and you can get to the museum is on Kowloon side, a short walk from the Tsim Sha Tsui MTR station.