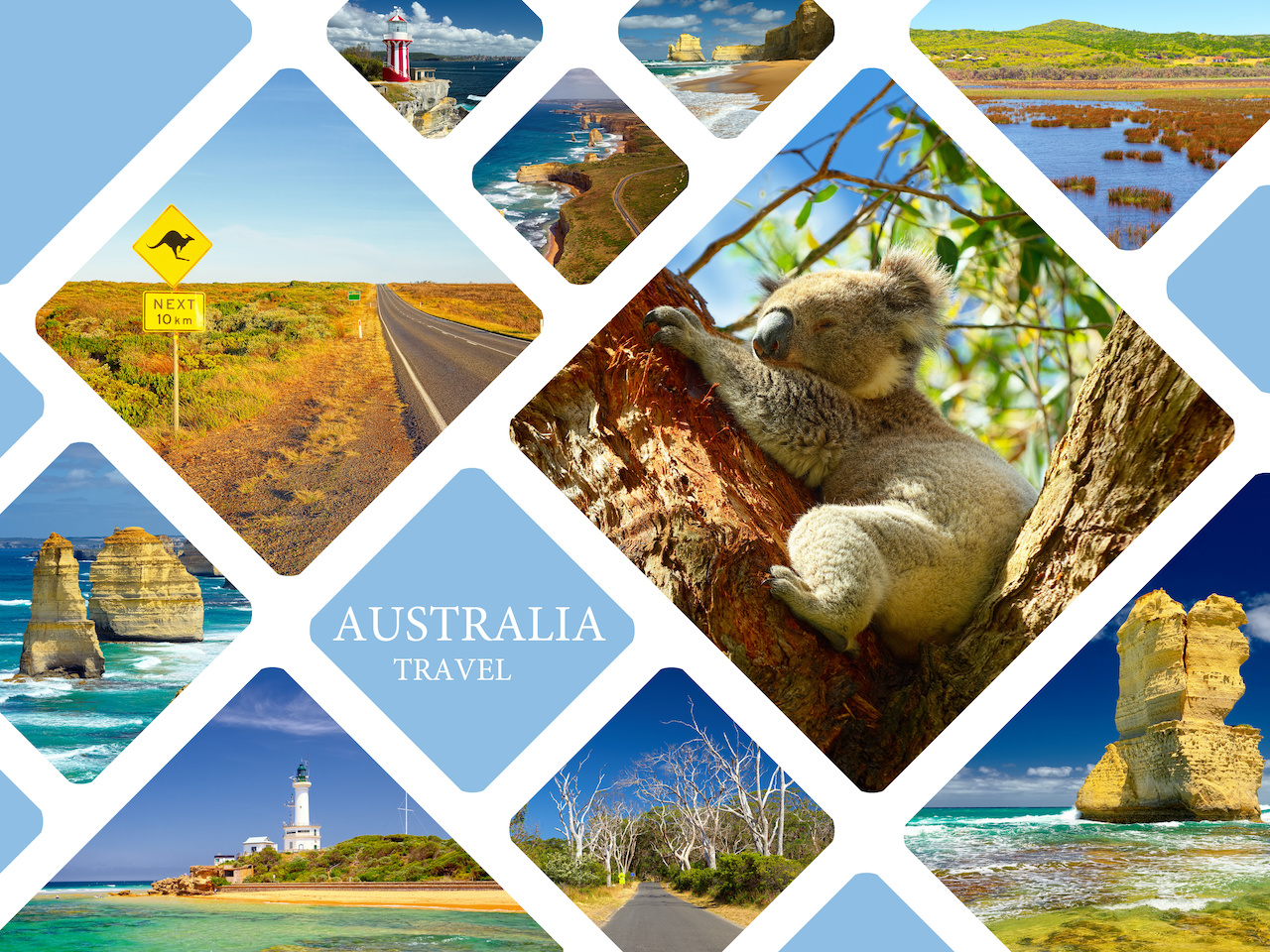 The Great Ocean Road is a bucket list drive for many visitors to Australia. For most the trip is from Melbourne to Adelaide, our Australian road trip offer is in the reverse direction.

This stretch of road covering 243 KM from Torquay to Allansford is also known as the world’s largest war memorial in recognition of the soldiers who constructed it at the end of World War 1. The Great Ocean Road project was originally a toll road to repay the debt to the trust formed to cover the cost of construction. Approximately 3,000 servicemen battled through the wilderness to progress around 3 KM a month. Howard Hitchcock was the president of the trust and is known as the Father of the Road, having contributed £3,000 to the cause. Hitchcock died before he could see the road completed, there is a memorial to him at Mount Defiance.

In the 1960’s the Australian tourist board deemed that the Great Ocean Road was one of the world’s greatest scenic roads.

You can easily drive between the two cities over 2 days, however you’d miss all the fabulous places to see along the way. We can arrange a relaxed 10 night itinerary so you can stop off frequently, as you are tempted by the various signposts and car parks along the route.

The distance between Adelaide and Melbourne including the Great Ocean Road is in the region of 1000 KM. Some highlights to research for inspiration along this coast include Coorong National Park, the Blue Lake at Mount Gambier, Umpherston Sinkhole, The Granites beach, Portland, Grampians National Park, the Twelve Apostles, and the Great Otway National Park.

Contact us about booking your road trip along the Great Ocean Road, we can tailor a package to suit your requirements and dates. Freephone 0800 810 8404, or send an enquiry below.