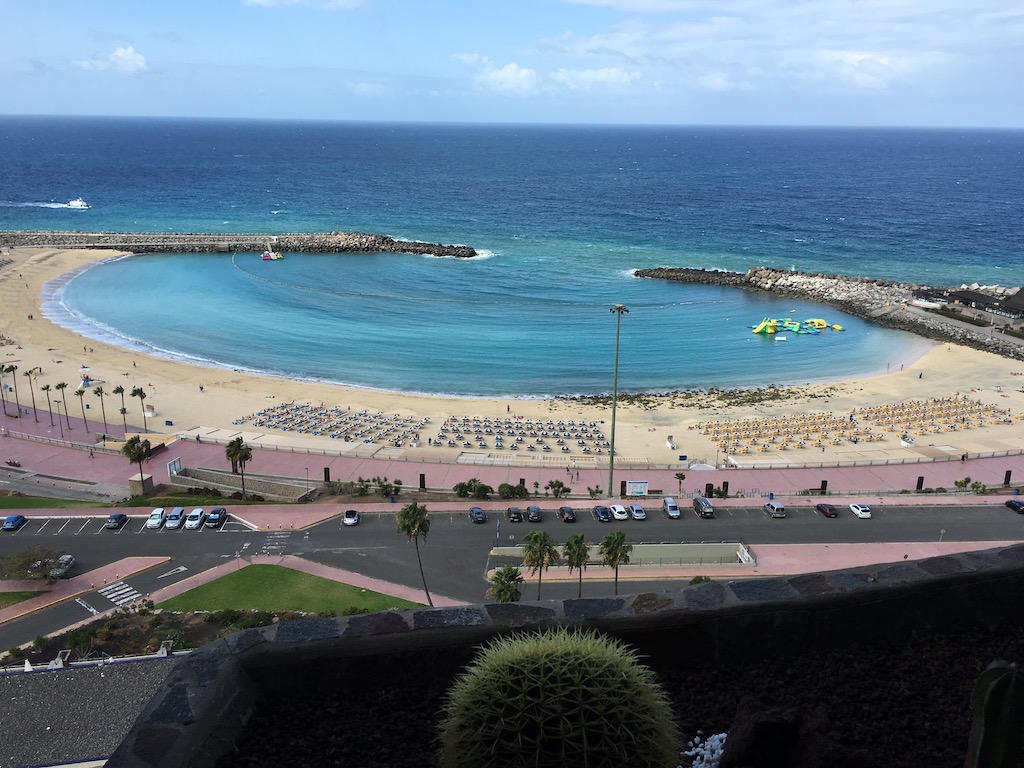 The number one reason people choose The Canaries for their holidays is because of the weather.

Over centuries, the weather in The Canaries has been described as the best in the world, and it genuinely is!

In short, our summers are pretty much perfect, our winters are like a perfect summer’s day in London, and we get almost no rain.

And to top it all, the ocean around the islands ranges from 19 degrees in mid winter to 25 degrees in mid summer – all year round open water swimming!

To give you a little more detail you’ll generally see day temperatures in the range 26 to 32 degrees through the summer, with spikes up to the low 40’s. But even in mid winter, daytime temperatures will still be in the range 18 to 24 degrees.

At night, in the summer, expect 18 to 24, and in winter 14 to 16. In terms of sunshine, the islands typically get around 3,000 hours a year, significantly more than The Maldives, for example.

Rainfall is very rare, especially in the resort areas, most of which are officially a desert climate.

In summary, it never gets cold, it rarely gets too hot, the sun usually shines and we hardly ever see rain! It’s why The Romans called The Canaries “The fortunate islands.”

Why the weather is so good

It’s all about location. The Canaries, although part of Europe politically, are geographically in Africa. The islands are just 100KM of the Saharan Coast of Africa, and nearly 2000KM from the coast of Spain.

So the sunshine comes from The Sahara, but we’re also in The Atlantic trade wind zone, so there is usually a breeze all around the islands, which means it never gets unbearably hot, like it does in the desert.

The islands are also situated in an Atlantic stream, which has an interesting effect. Clouds build up around the islands, but because of the temperature difference between the hot rock of the islands, and the ocean around them, the cloud sort of “melts” before it can come ashore. You’ll often see a ring of cloud around each island, a few miles off shore, but none over the islands themselves.

And finally, The Sahara to the Eat and the Atlantic Jetstream to the north combine to deflect most “weather” heading our way. That’s why we don’t have storms, tornados or cyclones.

So that’s it! You can book your holiday to The Canary Islands knowing you’re more likely to have great weather here than anywhere else in the world!

Find out more about Camel Travel.