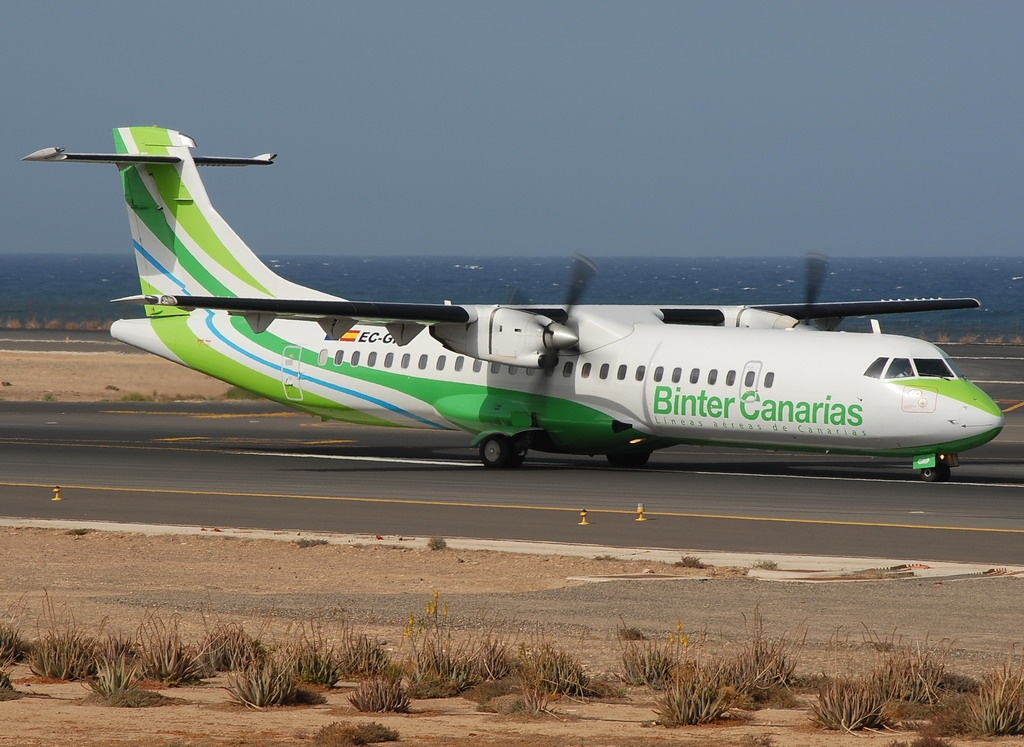 I was in the middle of a holiday in Gran Canaria, but I needed to get back to Lanzarote for a meeting. It seemed crazy, but I checked online and found out that it is not only possible to fly from Gran Canaria to Lanzarote and back in the same day, it can also be quite cheap if you avoid peak times!

I left Las Palmas at Midday, and returned early evening having had my meeting, and the whole thing cost me €80!

Check in at Las Palmas is straightforward and you only need to be there an hour before departure. We flew out on one of the company’s Advanced Turbo Props – these are high wing prop driven aircraft, and the view from the windows is spectacular, and they don’t fly very high. There isn’t tons of room, either for overhead luggage, or for legs, but the flight only took 30 minutes. There was just about time for the cabin crew, who have great uniforms, to dish out a bottle of water and chocolate biscuit, before we were descending into Arrecife.

For the return journey, there’s a separate terminal for inter island flights, but this time, we were flying on a Canadair CL600 regional jet. It was extremely comfortable, though the ceiling was low, and it felt more like a private aircraft, despite being full. The return journey was even faster at just over 20 minutes, and we didn’t seem to be in the cruise for more than 5 minutes.

Great value for money, and as easy as catching a bus. If you’ve ever hesitated about island hopping in The Canaries, don’t!