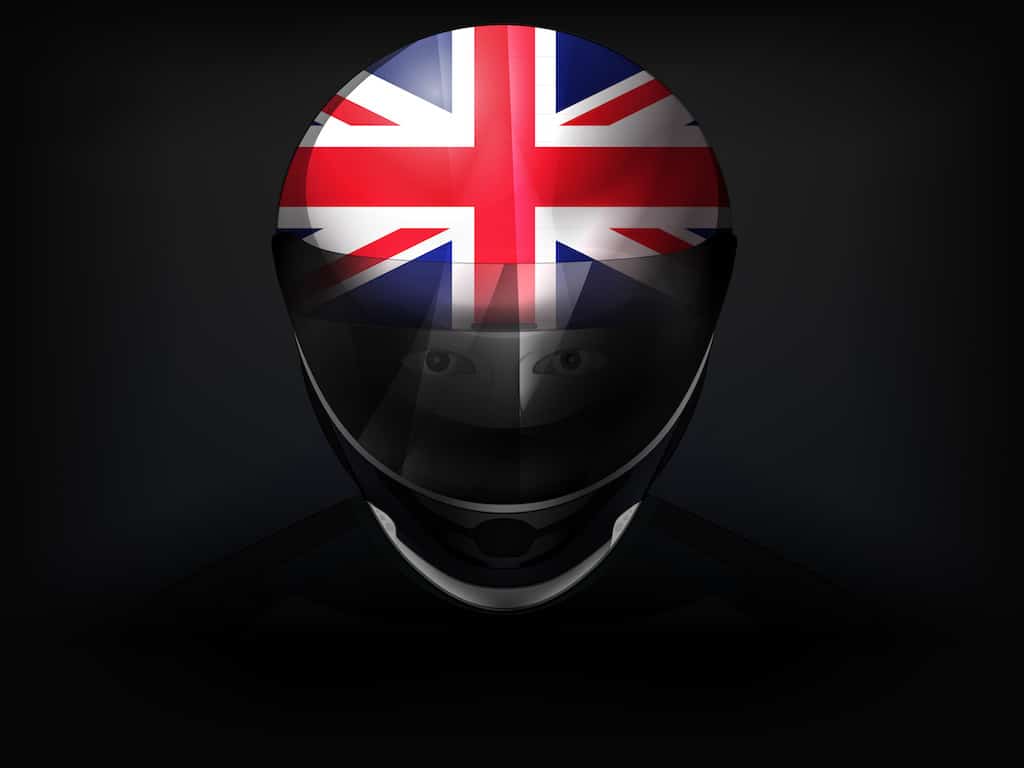 The British Gran Prix is held at the home of British Motorsport – Silverstone in Northamptonshire. Along with the Italian Grand Prix, it’s the only one to have been held every season since the current championship started in 1950.

Silverstone is equidistant to London and Birmingham, and can be easily accessed from both. The race is held in the summer months, and usually enjoys good weather although there’s always a good chance of rain.

Most of the current formula teams are based close to the circuit, so it’s used regularly for testing, and it has the feel of a “home” Grand Prix for many of them.

It’s an absolute cracker! Built on the site of a world war two airfield, it’s super fast, with very long straights and high speed corners. It’s largely flat, meaning you get great views from all the grandstands.

They layout creates loads of room for grand stands, and plenty for spectators who can stand on the famous hill to watch the race.

Expect to see speeds of over 300KMH, and cars can take the famous Copse corner flat-out.

Lewis Hamilton is the Kind of Silverstone, having won the race there no fewer than seven times in the last thirteen years. In terms of teams, Ferrari are the most successful constructor, with 16 wins, closely followed by McLaren, with 14.

There are just so many options for The British Grand Prix, with no fewer than 15 grandstands to choose from. As well as the usual main straight / pits stands, there are further gran stands at all the key corners on the circuit, and most offer different levels of hospitality.

Budget will probably be the key driver, as you’ll have a fantastic experience in any of them. Prices for a three day grandstand ticket range from about £380 to about £750.

Silverstone offers a huge number of general entry tickets, from about £200, which will get you into the inside of the track. Grandstands are a better choice, as the inside can get very busy.

This package will include 2 or 3 nights at the Southcrest Manor Hotel with a full English Breakfast . Family owned, this 4* Southcrest Manor Hotel, BW Signature Collection is set within 10 acres of stunning private lawns and natural woodland, offering a truly peaceful, rural setting in the heart of Worcestershire. The rural setting belies the extremely convenient location close to central Redditch, The former manor house, built in 1921 boasts 63 stylish en- suite bedrooms, offering modern decor and up to date conveniences. All 2 and three night packages also include a Sunday Coach transfer to Silverstone. Deposit £200pp. Based on 2 adults sharing.

GENERAL ADMISSION: These areas stretch all the way around the track. Take a walk to find the best views and see the cars and their drivers perform under extreme conditions. Have the flexibility to move around some of the best viewing areas of the circuit – Hamilton Straight (with a view of the Start/Finish line, formerly International Pits Straight), Stowe, Luffield, Beckets, Vale and Copse Corner. Choose from Sunday or three-day weekend passes.

NATIONAL PITS STRAIGHT: See the drivers appear round the fast right-hand turn at Woodcote, accelerate down the National Straight and brake hard to enter Copse Corner. Never a dull moment as opportunities for overtaking promise plenty of action. With numbered seating and giant screen.