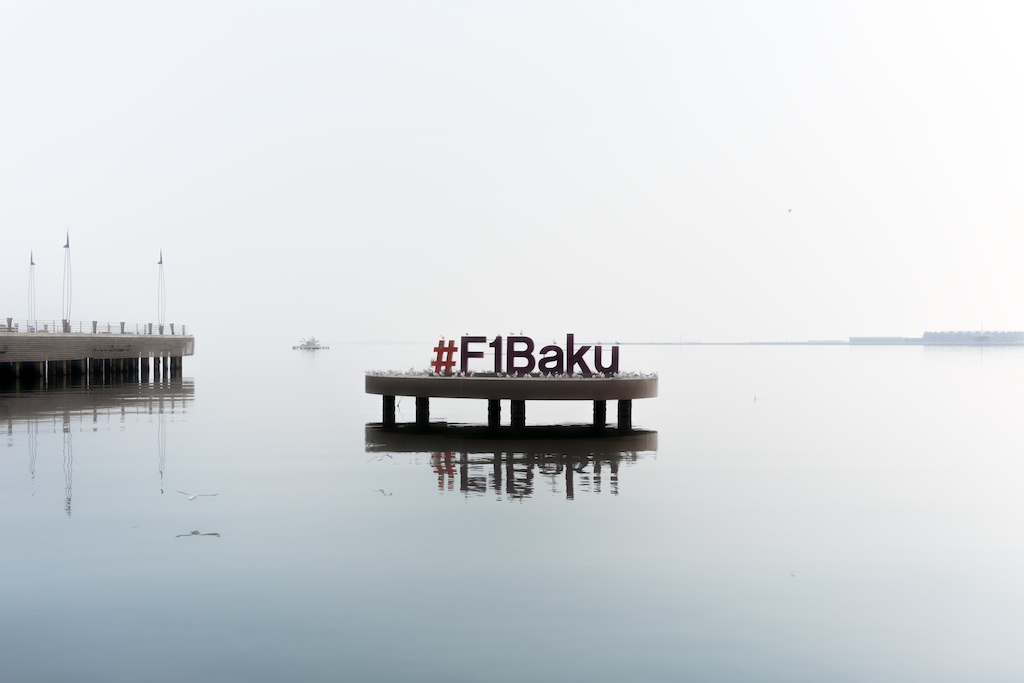 The Azerbaijan Grand Prix is a relatively new race to the Formula 1 calendar, with the first race there being held in 2017.  In three years, the race has had three different winners – Daniel Ricciardo, Lewis Hamilton and Valtteri Bottas.

The Azerbaijan Grand prix is held in the city of Baku, the capital of the country, and the largest city on the Caspian Sea. Baku is the lowest lying capital city in the world, some 28 metres below sea level.

Baku is known as “The city of winds,” and the race there is often affected by winds, which can make the car unstable at speed.

It’s a long street circuit – at over 6KM, the second longest lap on the calendar, after Spa.

The Azerbaijan Grand Prix a real challenge for set-up, as there are two fabulous high speed straights, sweeping high speed corners, but also a very narrow and twisty section which goes through the old town area.

All three races here have been exciting and dramatic, with plenty of safety car action. We’ve seen some notable issues at the race, including Vettel deliberately driving into Hamilton during a safety car period, and a crash between team mates Verstappen and Ricciardo.

Incidents and safety cars are very common – the section in the old city is completely unforgiving of misjudgements and it’s very hard to be consistent.

Where’s the best place to watch the race?

The Absheron section is the prime spot and consists of five grandstands on the start / finish line, and opposite the pits. They also enjoy a massive video wall.

From the Mugham standm you can see both parts of the track, so that’s a good option.

Our next favourite section, and a good one for those who want to see the cars travelling more slowly, is Icheri Seher.

Being a modern circuit, all the grandstands at Baku feature video walls, so there isn’t a “bad” area.

We can tailor make a package to include the Baku Grand Prix, please contact us on 0800 810 8404 or request a quote below.