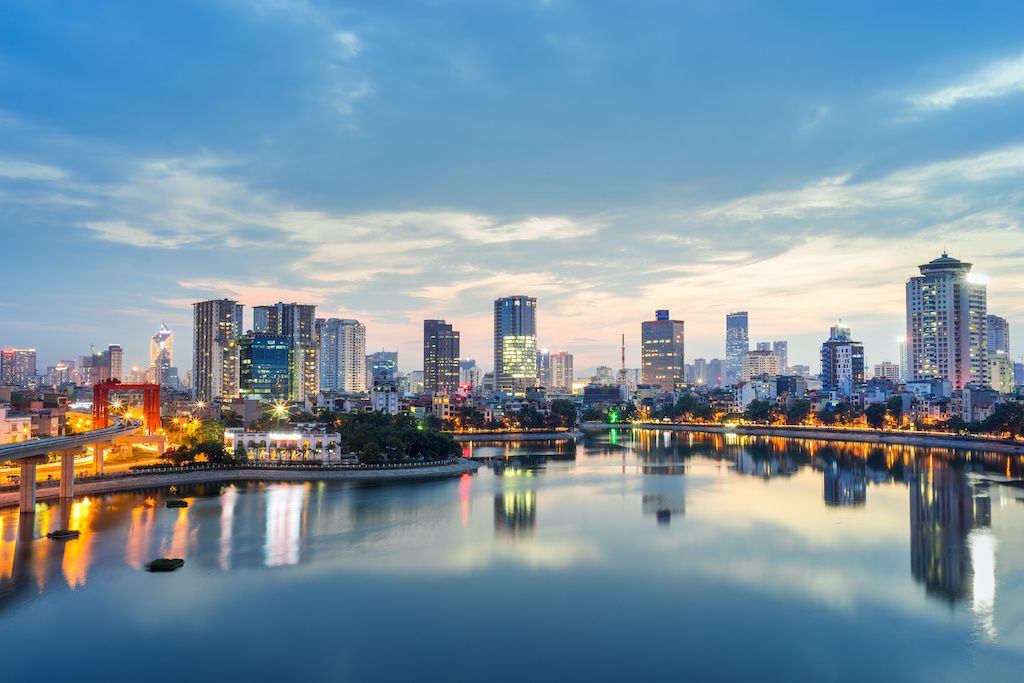 2020 will see the first ever Vietnam Grand Prix, bringing one of the world’s most popular sports to the country for the first time.

The capital, Hanoi hosts the race. Hanoi is in the Red River delta and is the economic centre of the country, with a population of 7.7 million. It’s a fabulous place to visit – a modern, bustling city, that still retains it’s Asian culture and offers fabulous entertainment and a huge choice of food ranging from the world’s best street food to top international cuisine.

It’s a street circuit, set up especially for the Gran Prix, and is located in downtown central Hanoi. But something that makes it stand out from many similar circuits is that it features one of the longest straights in F1 at 1.5 KM! There are two other decent straights and an interesting technical section joining them all together. The three straights should allow for lots of overtaking, and the technical section features copies of corners from other great race tracks.

In short, the new circuit for the Vietnam Grand Prix should offer a fascinating race.

At this stage, we don’t know, but street circuits generally offer great racing, as the tracks are always pretty “green,” and slippery, especially in the early sessions. This one has the added benefit of three proper straights, which should make the DRS zones especially interesting.

We think the combination of a great race and being in the heart of a fascinating Asian city will make the Vietnam Grand Prix a standout event.

Where’s the best place to watch the race?

We’re shooting in the dark a bit here as there’s no data from previous races, but we know there are grandstands at:

Our instinct, looking at the circuit, is that the latter two will be the most interesting, and our favourite is the turn 7 and 8 grandstand, as there’s a long straight leading into a fast parabolic curve, which should make for a great braking zone, and then the cars scream down the longest straight on the circuit.

FP3 and Qualifying on 4th April

The race on 5th April

Timings are to be confirmed.