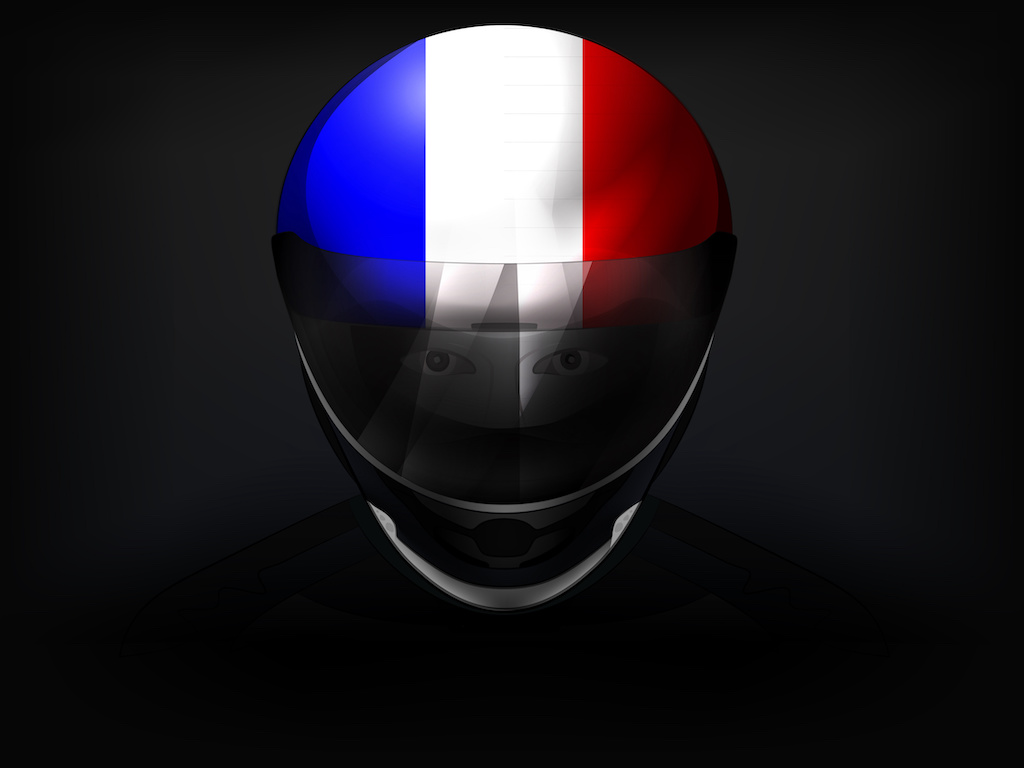 The French Grand Prix is currently held at Circuit Paul Ricard, which is at La Castellet, near Marseille, in the South of France. It was originally built in 1969 with financing coming from the Pastis magnate, Paul Ricard.

The circuit is about 40KM from Marseille, France’s second city, where there is an international airport. The drive down from there channel ports is about 1000KM, so is a two drive drive. There are high speed rail services from northern France.

The current circuit is 5.8KM long, and is notable for the use of brightly coloured line painted onto the run off areas. Those make it a safe, flat but fast circuit.

The main straight, The Mistral, is 1.8KM long and features a chicane. The very long back straight is interrupted by a hairpin in the middle section. Both ends of the circuit have complex technical turns, making set up a compromise between straight line speed and cornering grip.

Paul Ricard was used as a high performance test circuit for many years, and that means Grands Prix there are fascinating to watch, as cars reach maximum speed of 300KMH on the long straight, and can pull up to 5g when cornering. It’s a tough circuit on cars and brakes and a high attrition rate can spring some surprises.

Overtaking is relatively easy, with heavy braking zones, and turn one provides the most action.

The King of the French Grand Prix is Michael Schumacher, with 8 wins in his career. Of the current drivers, only one has win it more than once – Lewis Hamilton.

There are many reasons to go to the French Grand Prix, but we’d sum them up as:

There are three quite large grassy areas for general admission on the circuit, and it’s one of the few where you can get a decent viewing experience without paying for a grandstand. One is at the start of the back straight, a second is just after the chicane there, and the best is probably the area around the Le Beausett turn.

There are loads of grandstands – four are at Virage du Point, and are superb, but expensive, giving a view of the final turn and down the length of Mistral.

There are six more each, at a similar price, on both Sainte Baume and the back straight chicane.

We’ll post offers here as they become available. Or contact us for your personal quote on Freephone 0800 810 8404 or send a request below.

See the 2022 Grand Prix calendar and other offers.