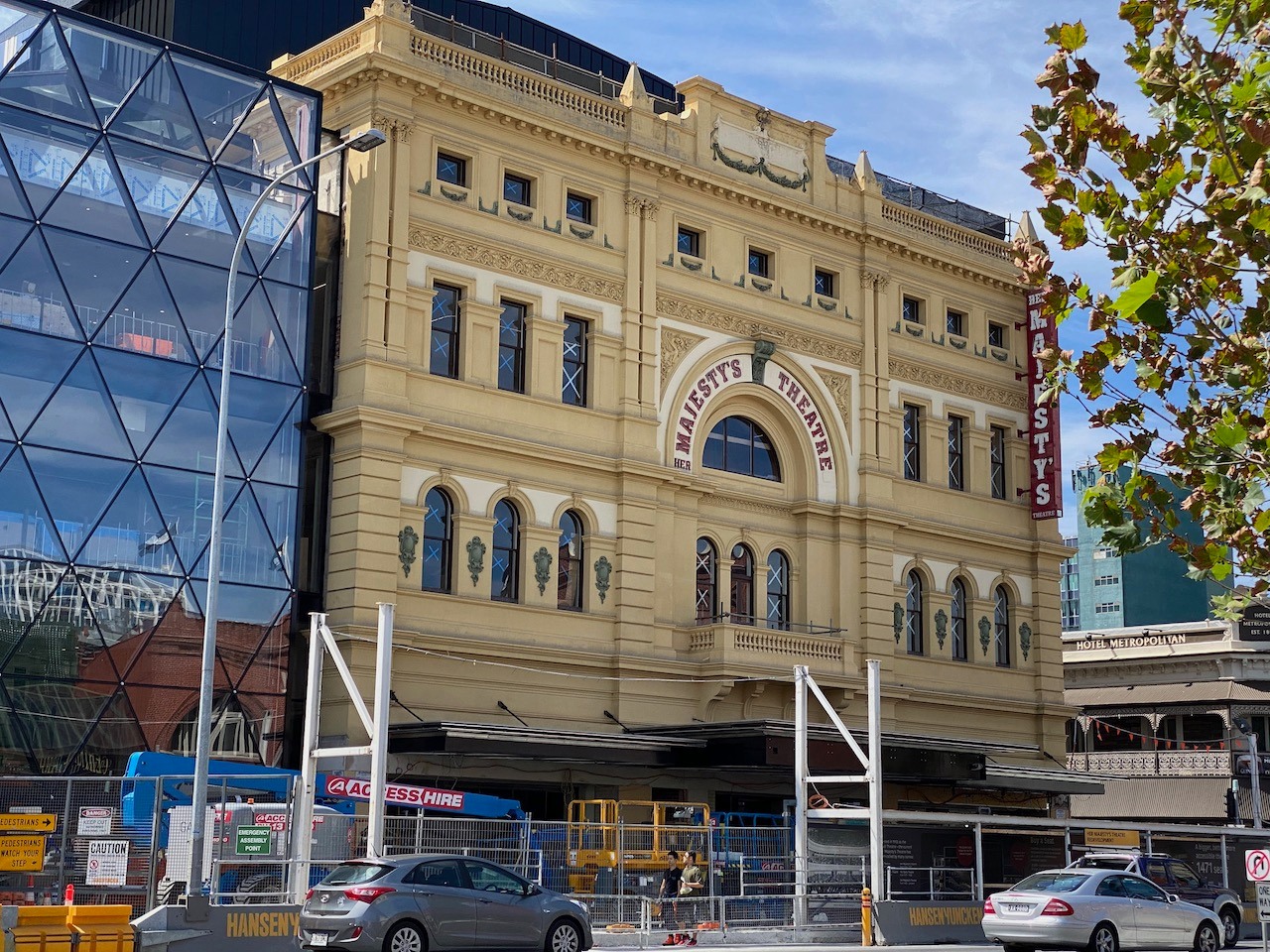 We visited Adelaide during the fringe festival, as part of our cross Australia tour, and we found the capital city interesting and vibrant.

Adelaide is the capital of South Australia and is the country’s fifth most populous city. It’s very much a “planned city,” being set up in the 1830’s, and the streets are on a grid system, making navigation easy. The famous Adelaide hills can be seen from all parts of the city, and it’s a well known wine growing region.

As well as the obvious British influence, Adelaide also attracted a sizeable German and Italian community during the period of mass immigration, and it has a modern, multi cultural feel to it. It’s well known for it’s art scene as well as the annual fringe festival.

We stayed at the Paringa Hotel, which was in a brilliant location, right in the city centre, but which was sadly pretty tired and in need of a thorough refurbishment.

On our first night, we had arranged to spend an evening with The Adelaide Bar Boys – two guys, Nathan and Branden, who promised to take us on a wine and food tour of several local bars. We were joined by two other groups, one a group of media folk from Sydney, and the other some local ladies from Adelaide. It was a superb night – plenty of food to eat, lots of excellent local wines to try, and a terrific atmosphere. We tried several of the bars within a short walk as part of the excursion, and we’d highly recommend anyone visiting Adelaide to book with the bar boys.

We also booked an Adelaide Greeter – this is a free service, where a local, with good knowledge, takes you on a walking tour around the city, explaining the history of the buildings and streets. This is a free service offered by the tourist board, and again, we’d recommend it. Adelaide is a fascinating mixture of original colonial buildings, which then become more and more grand in the Victorian era, and finally modern skyscrapers. Our guide also took us into the central market, which is a fabulous Victorian building, packed with stalls selling every kind of produce you can think of. You’re not allowed to tip the guides, but you are allowed to buy them a drink, and ours suggested a fantastic rooftop terrace in the city, where we all enjoyed Gins and Tonic.

We also visited Leigh Street and Peel street – these are small lanes, well known for their gastronomy, and we found some fabulous places to eat.

On our second day, we hired E-Scooters and scooted to Adelaide Zoo. It was interesting to see all the unusual animals, including giant pandas, the usual various marsupials and Tasmanian Devils. We left the scooters at the zoo, and took a ride on a river boat back into the heart of the city.

The tram system in Adelaide is excellent, and within the city limits, the trams are free of charge, so they’re a wonderful way to get from one side to the other. But they also extend right out of the city and, for a reasonable fare, we were able to get the tram to Glenelg, which is the nearest beach. There’s a market there, and we enjoyed spending time there, eating oysters in a bar, before settling down for a sunset drink at the Moseley Beach Club.

We loved Adelaide – it’s easy to get around, has some great food and drink, and the whole city has a really nice vibe.

For more photos and details of our time in Adelaide visit our Facebook album here.